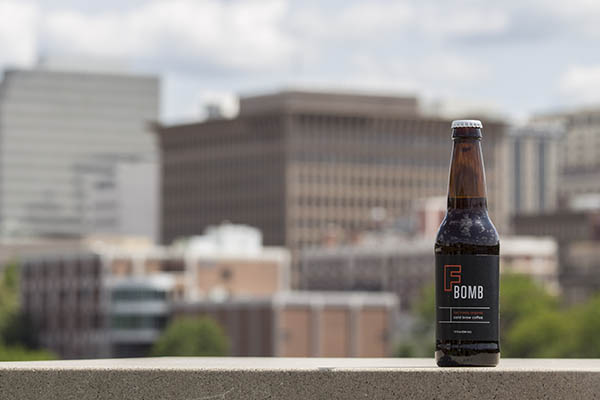 In a time when words like “bitch” and “ass” have lost their shock value, the “F-Bomb” remains a strong and influential tool. While it might make other specialty roasters uncomfortable, Roast House believes the F-Bomb makes an outstanding title for their latest cold brew coffee.

According to their website, it was 7 a.m. in the morning, and the roaster had been fired up for several hours. Although it took longer than usual to find the right profile, it was clear within the first few f-bombs that this version was approved. Since then the Mexican Majomut has been nicknamed “F-Bomb.”

The all-organic and fair trade coffee company, founded in 2010, recently developed this special cold brew recipe because the cold brew process produces a less acidic, more concentrated coffee drink that many find easier on the stomach. Plus, it tastes smoother and slightly sweeter.

Cold brew coffee is not to be confused with iced coffee, which generally refers to coffee that is brewed hot and then chilled by pouring over or adding ice. In a nutshell, coffee beans in the cold water brewing process never come into contact with heated water, which means the flavor pulled from the beans produces a different chemical profile. The F-Bomb features a bold coffee taste, with a hint of dried cherry and dry cacao. If it were brewed hot, it would be a dark roast flavor.

Whereas some people drop f-bombs almost anywhere, you can find Roast House F-Bombs at the Main Market Co-op in downtown Spokane, Huckleberry’s Natural Markets, or you can always stop by the Roast House headquarters at 423 East Cleveland and the staff will be glad to share an F-Bomb or two. //