Is Your Running Form Fouling You Up? Gait Analysis at Northwest Running Lab Could Help 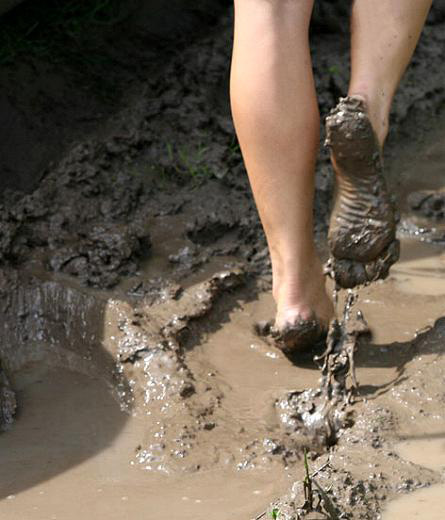 It’s a rare runner who doesn’t deal with injuries. Surveys of runners commonly show that upwards of 60% are sidelined with injuries at some point in a given year. With their work at Northwest Running Lab, Dominic and Lanaia Severino are helping runners change their form and prevent injuries – and hopefully get a little faster in the process.

Physical therapists and self-described “research junkies,” Lanaia and Dominic focus on biomechanics, offering gait analysis to runners of all skill levels to reduce their risk of injury and improve performance. While athletes in other sports might spend decades studying and perfecting form (Dominic mentions the many years and thousands of dollars that can go into honing a golf swing), that type of refinement isn’t – yet – common among runners, where the primary school of thought has been “your gait is your gait, and that’s that,” as Dominic puts it. But as the Severinos know (and research attests), running can be fine-tuned, just like any other motor skill.

When Northwest Running Lab offered to perform a gait analysis for an OTM writer, I was excited. I’ve been running about 15 years, and though I’ve been pretty healthy, I haven’t had any formal coaching. Plus, whenever I’ve tried to really ramp up my mileage, IT band issues have flared up. I know there’s probably a lot I could do better.

At the lab, Dominic and Lanaia take me through a series of screenings and assessments to evaluate strength, range of motion, joint mobility, and bone alignment. After that I walk (barefoot) and then run (wearing shoes) on the treadmill while filmed with a high-speed camera to identify everything from hip/pelvis mechanics to foot position to knee and hip angles to arm swing. Last, I run with a wireless accelerometer attached to each leg, which is used to calculate the average g-force at impact, a predictor of injury. 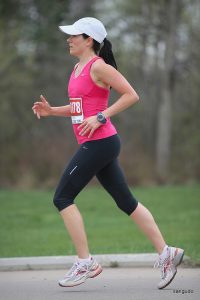 Recalibrating my stride and squeezing in a few rounds of strength training might be a bit of a pain, but it’s not nearly as painful as rehabbing an injury.

At my next appointment Dominic and Lanaia walk me through my results (they also provide a link to a private YouTube channel where I can watch my annotated video). The bad news: I hit the ground with too much g-force (just over 12 G’s per side; research shows that the risk of injury is least with 3 G’s or less), and I’ve got a slow cadence, about 80 strides per side per minute (risk of injury decreases when cadence is 90 or more). I also have weaknesses in my hip musculature (hence my IT band issues). The good news: I have good arm swing, thigh drive, and heel height.

The Severinos advise a two-fold plan to improve my form. First, strengthening weak hip/glute muscles with exercises (leg lifts, side planks, etc.) performed 2-3 times per week, and second, increasing my cadence to 90 strides per side per minute. Why? A faster cadence will result in a stride that lands closer to my body, decreasing the g-force exerted and reducing my risk of injury. The Severinos instruct me on how to bump up my cadence gradually by using a metronome over a series of many runs, which Lanaia explains will eventually “change the metronome in your head.”

Just a few days into my running improvement plan, it’s too soon to say how well it’s working – but with research and a lot of satisfied clients to back them up, I’m confident in the advice Dominic and Lanaia have given me. Recalibrating my stride and squeezing in a few rounds of strength training might be a bit of a pain, but it’s not nearly as painful as rehabbing an injury.

To learn more about Northwest Running Lab or schedule a gait analysis, go to nwrunninglab.com. //