Food: It’s Not That Complicated

Anyone who tries to tell you that Whole Foods is a health food store is obviously misled, and we can be sure of this because I’m standing in their vegetable aisle and there is only one variety of kale. And since Mumford & Sons and Otis Redding have been listened to by the same crowd of jazz-appreciating, mustache-sporting people on bikes, we’ve known that kale is the epitome of healthy food.

My brother hands me a bag of organic potato chips, “Sour Cream & Onion,” he says. “And they’re organic!”  Which is great because when my arteries need to be roto-rooted, I’d like to know that my heart attack was at least organically inspired. He is pushing around a $600 cart of faux health food. There are Kind Bars, Thai-flavored cashews and plain cashews so expensive I can only assume the label was hand painted by a Santa Cruz artist as a signed original. There are also about five bags of chip sort of things. Bean and rice chips, non-GMO corn chips, plain old bean chips (the latter just seems desperate to me).

“I need carriers,” he says. He is not alone. All summer long, during the season of chips, my practice is full of people asking for-the-love-of-god, “What will I use as a carrier?” Because it is not only important that we get guacamole, salsa, artichoke dip, brie, and pate into our pie holes, it is important that it be transported on an appropriate vessel. Veggie spiralizers have hit the market with great success, turning our zucchini into “pasta” (generations of Italian grandmothers are turning in the grave). Where’s the device that turns our cucumbers and celery into chips? 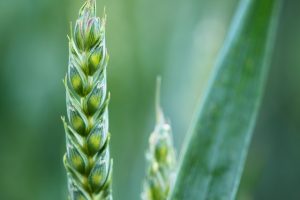 I eat a handful of Thai cashews and my brain salivates. I am certain that my brain literally ejaculated saliva in some orgasmic sensation of flavor overload. “Aren’t those good?” says the brother as he tilts the bag into his face. I’m busy processing the rapid firing of my flavor neurons, while my blissed-out brain floats in drool and dopamine.

Food does not taste like this. Real food does not turn your brain into a potato-chip binging maniac willing to rob small children of their Doritos and Halloween candy. Chemically manufactured ingredients, however, do.

It’s not an accident. The R&D departments of the food industries have been beautifully designing foods to be what is known as “highly-rewarding” for decades. It is a great inspiration for over-eaters. If you’re already full, you need to have another reason to eat. Organic Sour Cream & Onion chips are a damn fine reason, according to your brain, whose pleasure centers are temporarily more stimulated than a teenager with the new Victoria’s Secret catalogue. The idea that healthy food should taste like soggy cardboard is false (except for gluten-free bread, in which case you can save yourself eight bucks and just spread your jam on cardboard). Generally, though, food made from food tastes kind of like food. If your brain can remember.

Here are some guidelines to eating real food like a real person: 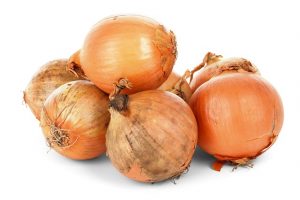 The more you avoid foods that are chemically enhanced with ingredients like maltodextrin, fructose, sorbitol, malt extract, MSG, and dextrin, the more your brain will appreciate the flavors of real food. Also, if you want to get through your grocery shopping without reading the equivalent in “War and Peace” in labels, just avoid the packaged foods. Reducing your trash impact is the only way to approach the karmic genius of veganism anyway.

Why would we even want to avoid all those food additives if they don’t seem to be bothering us as individuals? Oh, but they probably are: brain fog, food allergies, auto-immunity, rising cancer rates, obesity statistics, diabetes, inflammation, and those really funky bowel movements are all pandemics of a culture of eating engineered food. If you are what you eat, then eat what you want to be. //

Ammi Midstokke is currently trying to figure out how to improve her karma without giving up barbecue ribs.