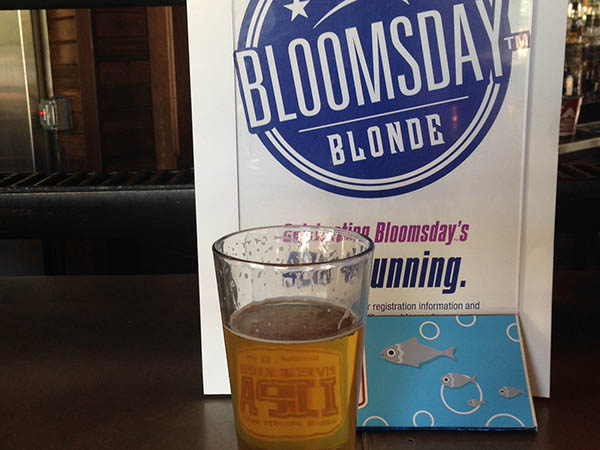 Finally there is an inspirational ale from a local brewery worthy of the Bloomsday name. River City Brewing developed the Bloomsday Blonde as a light seasonal ale. The brewery is best known for some of their dark beers, including the iconic VB Stout and Midnight Marmot, as well as for their Riverkeeper IPA, which supports the Spokane River watershed. They also have a killer taproom right downtown just one block from the Bloomsday course.

The Bloomsday Blonde ale could also be called a golden ale because the style is closely related to traditional mass-market lagers. It’s a strong-to-medium blonde ale with a modest amount of bitterness and maltiness. It avoids a bright citrus or hoppy aftertaste, and the ABV is lower than you might expect. Altogether, it pairs well with a premium local pizza or your favorite carbo-loading feast. Look for bars and restaurants throughout the area pouring Bloomsday Blonde all month long. //