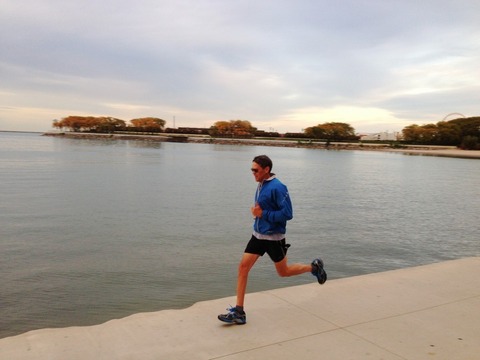 Ten years ago, my wife and I brought our two boys up north from California’s Central Valley to Spokane. We bought a house that happened to be only a mile from the Dishman Hills Conservancy. Over the next few years, I slowly built up my distance by running in that amazing urban wilderness. Running became a big part of my life as I moved up from 10K runs to half marathons and longer.

In February 2015, there resurfaced an idea that had come to me several years earlier while training for a marathon: it was time to run a 50K (31 miles). I couldn’t quite pin down why it felt so necessary, but before long I was looking for options, eventually settling on the Rattlesnake Ridge trail run on June 20.

My biggest goal was to not get injured. To do that, I would have to become more committed. I had never run more than three or four times a week, but as that increased to six, running started to become more a part of the fabric of my life.

At the same time, I re-read Annerino’s “Running Wild” and Christopher McDougall’s “Born to Run,” and got into the writings of George Sheehan. As I compared their mystical running experiences to my own story, I started to understand why it is so important to me.

Thirteen years ago, a grand mal seizure prompted the discovery of a tumor in my brain. There were no precursors, no warnings – and there would never be any “cause” or reason that could be pinned down. Five days later, as they wheeled me into the operating room to cut into my skull, I was surprisingly calm, probably from a mixture of naiveté and shock. For a few days after surgery, I was at peace with the possibility of death, filled with a deep awareness of the huge wide universe, of being part of the family of humans across cultures, reaching back thousands of years and into an unknown future. And everything was all okay. If I lived or died, it didn’t matter.

That feeling, that understanding, didn’t last. Within a few weeks, in fact, it was mostly a memory. The fear of death – I was told the tumor would definitely come back worse the next time – and the purgatory of hospital waiting rooms conspired to put me in a kind of existential limbo, driving home both the fleeting preciousness of life and the amount of empty “wasted” time we have to wade through in hopes of some eventual good stuff.

Running, especially on trails, brings back a small piece of the clarity I experienced in that hospital bed 13 years ago. Being out on the trail roots me in the immediacy of the present while at the same time connecting me to the earth and the wide expanse of time. Running a new trail reminds me how big and varied and outside of our scope the whole world is.

In one of his many writings, John Muir, the 19th-century naturalist and mountain explorer, points out the folly of hikers who speed through the landscape, so intent on reaching the peak that they miss out on the chance to absorb and connect with the natural beauty around them. He preferred to “wander” and could spend hours contemplating a scene. So what would Muir think of a guy like me, who feels most connected with nature when he’s running along a trail? Attempting a slow hike filled with quiet contemplation of flowers and rocks feels like an artificial attempt to make the experience “significant.” In contrast, while loping through the landscape, I’m not just seeking out the wonder of nature – I’m actually absorbing it, out of no contemplation or inquiry on my part. That sense of connectedness and well-being is doubtless tied to some extent to the endorphins pumping through my brain as during the workout. I have to believe that it’s more than a chemical reaction, though.

Cross-country skiing comes to mind. There’s nothing more pure and beautiful than a trail of clean white snow winding among pine trees on a crisp, blue-sky day. The same endorphins accompany a long ski as a long run. But somehow, running produces a greater sense of meaning. It’s taken a few years, but I’ve figured out the difference: while skiing is dependent on a one-inch thick stick of composite material that mediates my body’s connection with the snow, running involves the visceral contact of foot to earth. It is perhaps the most primal way that our bodies can engage with the physical world.

Not every run is transcendent, or even pleasurable. Aside from the physical realities of low blood sugar, fatigue, injury and crappy weather, a long run can also become a time for obsessive mulling over of mistakes, grudges, and worries. Usually, though, running is more than simply an athletic endeavor. It doesn’t necessarily bring back the immediate knowledge of my place in the universe that I experienced 13 years ago in the hospital recovery room, but it does ground me in the reality that I’m part of something bigger than the small chunk of time and space that I occupy.

Ironically, I didn’t get to run the 50k Rattlesnake Ridge Run that had been my goal for four months. On June 17, three days before the event, I was wheeled into the sparkling bright operating room at Sacred Heart Medical Center so a surgical team could go in through the previous hole in my skull and remove the small tumor that had returned. Now it all starts again: recovery, probably chemotherapy and the uncertainty of that evil creature cancer lurking in the shadows. But this time, running is there as one more tool to help me cope. And the surgeon says I can start back up in six weeks.

Editor’s Note: When we went to print, Brad Thiessen was recovering from surgery, chemo and radiation and planned to be back running before too long. Hope to see you out on the trail soon Brad! //