Ski Bum Advice: Three People You Should Never Ski With 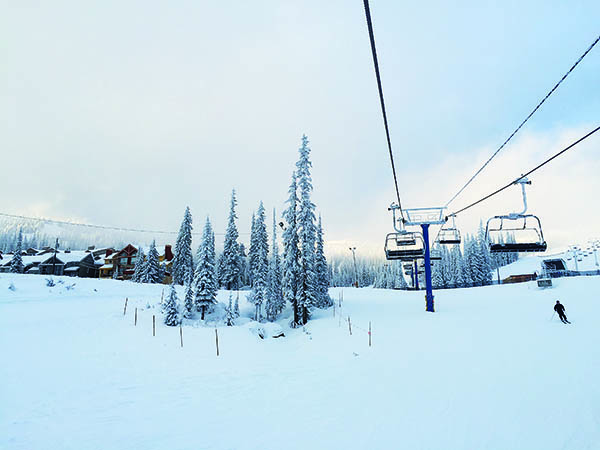 As I close out my fortieth year on snow, I have come to some serious conclusions about this crazy sport we call skiing. First, my boots will never be comfortable. Like, ever. Second, I was wrong when I said I would never wear a helmet because, and I quote, “They are for people who fall too much.” I was equally wrong for poking fun at folks who utilize boot heaters. I really want some. Finally, there are just some jokers you should avoid skiing with, for the sake of both your sanity and safety. If you have ever spent time on the hill with any of the following, you know what I mean.

Remember how you promised your girlfriend’s brother you would take him skiing this year when the two of you were slamming Fireball shots at that strip club in Vegas? Yeah, time to pay up. You realize the error of your ways as he flies by you in a power wedge, making no attempt to turn and using his unzipped, flapping parka as some sort of sail to hopefully slow down. The Levi 501s tucked into rear-entry boots, a motorcycle helmet, and a Marlboro dangling from his lips really ties it all together.

There is no doubt that the right equipment can make a huge difference in elevating your skiing to the next level, but this dude takes it way too far. His endless blathering about the subtle nuances of standard powder skis with a tip rocker versus the full rockered awesomeness of his 150mm-wide Super D-Bag Limited Editions make you want to shove him off the chair while over the high span. As he begins to drone on about the complexities of light refraction and goggle technology, you wonder what gods you pissed off to wind up here.

Without a doubt, nothing is more fun than laying down fresh tracks in a virgin powder field. But when it has not snowed in four weeks and every inch of the mountain has been tracked out and brushed down to the ice layer, this clown seems to think there is a hidden stash in every stand of trees, and he goads you into following him. Skiing through the trees is hard enough when conditions are great, but the pucker factor increases dramatically when it’s boilerplate or full of death cookies. Folks on the chair clearly hear you thanking your skiing partner with colorful sentence-enhancers as your face is whipped by Douglas Fir branches, leaving you bloodied and smelling like a car freshener. //

Brad Northrup is a former ski racer, alpine coach, and ski bum. He currently is looking for people to ski with, with no luck.