Six Reasons to Run: From doughnuts to World Peace 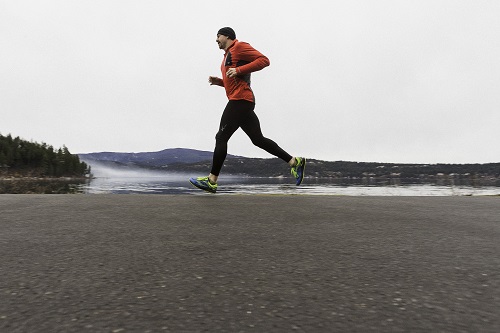 Once I heard someone say, “If I have to explain it, you wouldn’t understand anyway.”  It was likely related to the rules of cricket or the mechanics of my car (both remain utter mysteries to me). Now when people ask why I run, I am tempted to respond with the same elitist cynicism. But then I wouldn’t be inspiring new runners, would I?  So I sat down this week to observe all the reasons we run. Pick yours, throw on your shoes, and go play.

1. We run because we think it will make us look as sculpted as “GQ” cover models. Or better, all the ads for Spartan races. In fact, I’m pretty sure this myth is what inspires most of us to actually begin running. But the road to looking good in Lycra is a long one. I keep waiting for Spanx to come out with a sports line or those compression tights to offer some full coverage options.

2. We run because we’re told that it makes us healthier. And it does. Running increases your circulation, lowers your blood pressure, makes your bones stronger, and it burns off doughnuts at a rate of one per two hours.

3. We run because our friends convince us to sign up for a charity race, only to discover there are a lot of good causes to run for. It also increases our t-shirt wardrobe ten-fold per season. In fact, I’m quite certain that many of us were accidental, unsuspecting runners. We find ourselves standing at a starting line or on an icy driveway one day, listening to Talking Heads and asking ourselves, “How did I get here?” Then we do it again nearly every day. Often with those same friends.

4. We run because we want to be faster. Or faster than someone. Or faster than we were. Or at least fast enough to catch the bus. Although running is typically faster than walking, once I got passed on a track by a competitive speed walker that was about four feet tall. I never made fun of speed walkers again. But still, unless you walk as fast as a she-leprechaun on too much Mate tea, running will be your better option.

5. We run for sanity. Years ago, I broke my leg. The only people more upset by this than myself were members of my family. They were downright concerned for their well-being, installed locks on their doors, and kissed ass for the eight weeks I was on crutches. Studies show that long, slow runs (two hours) induce lasting endorphin release and associated feelings of elation. The famed runner’s high has been scientifically proven by real scientists who probably became runners afterward, and it’s so legit, I’m going to cite my source for you. (Boecker et al, 2008. “The Runner’s High: Opioidergic Mechanisms in the Human Brain.”) It also relieves stress and anxiety, saves marriages, is used as treatment in addiction recovery, and again, allows for the occasional consumption of doughnuts.

6. We run because we’re alive. Running has a way of making all the great joys in life more palpable. From that first breath of fresh air as we hit the road, to the temporary reprieve it offers our brains as we trod along, to the places it takes us on meandering trails, running is a reminder that we’re living fully. //