Reflections From Under a Mother &#%!@?! Rock 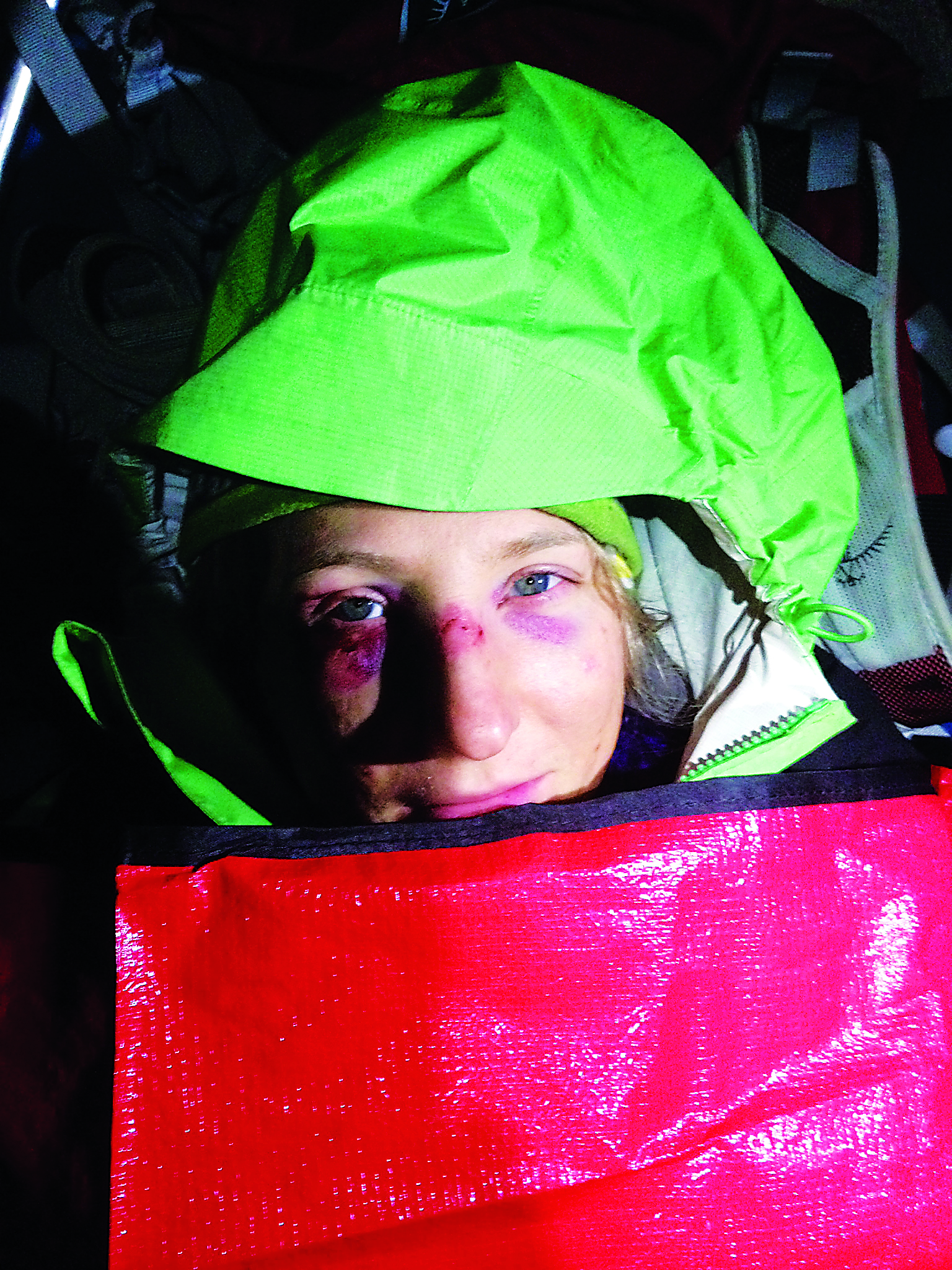 I try to have a pretty Buddhist approach to my life, you know, except the part about not eating animals. By and large, I try not to have too much attachment. That being said, there are some things I really just don’t want to give up. Like my right foot.

So, as you can imagine, I was not particularly thrilled about the growing reality of this possibility as I lay curled up beneath a hunk of granite the size of a tacky Hollywood coffee table.

There is a little, tiny sliver of fate somewhere between catastrophic life-ending events and nothing happening at all. It’s about as big as the space my foot was in. And this is exactly what I was considering while I watched daylight fade – somehow I was both damned and lucky at the same time. I wasn’t sure if the glass was half full or half empty, but I wished that regardless of the perspective, it was half full or half empty of bourbon. 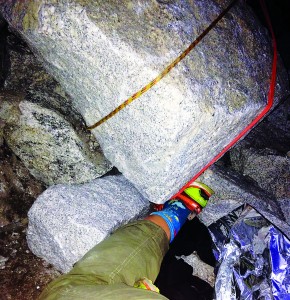 Back up to some time earlier when two experienced wilderness adventurers of sorts were delayed by a shift in events (and large rocks) that lasted probably less than four seconds. I reached to step toward a boulder and, unaware that it was the rarely seen Selkirk Pouncing Boulder, prematurely committed my weight. It toppled forward in that hokey, wobbly way that Pouncing Boulders move down mountains. Unfortunately, I was on it.

There are a lot of places you don’t want to be when boulders move. Directly on them or directly under them are probably the worst positions, so how I managed to be both of those in the same incident is beyond my comprehension. It does, however, explain how I managed to break both my nose and my foot in the same, whacky, stumble-crash-thump-smoosh-thud movement.

“Damn,” I thought, “one of those Pouncing Boulders got me.”

What I said, I believe, was a string of swear words at a pitch too high for human ears. They don’t talk about this a lot in wilderness medicine training, but I’m pretty sure there needs to be some time dedicated to proper accident vocabulary.

When the time comes, you need more than a good first aid kit. You need an arsenal of appropriately venomous words to spit at whatever act of God has just attempted to permanently sever you from your appendages. If you run out of words, you are at risk of gnawing off your limbs for lack of anything else to do.

It would just so happen that I was climbing with Jason Luthy of Sandpoint-based Longleaf Wilderness Medicine. If you’re going to have an accident, he’s probably the right person to be out with. Unless you know someone who has an Oxycontin stash they’re willing to share. Jason didn’t have any narcotics on him, so he spent most of the next eight hours keeping the fire going and taking notes on how to improve upon his wilderness medicine seminars. Adding ear plugs to first aid kits was probably a start. 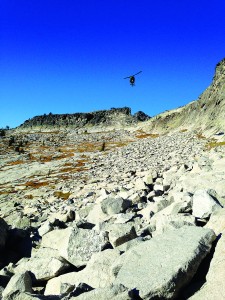 The psychology of being entrapped is something entirely new to me, and I spent much of the evening exploring that while trying to figure out how to keep the emergency blanket over my ample behind (they really need to start making those things in a ladies’ cut).

First, I wanted to be out from under that rock. Because, as one would guess, it is really very painful to lie prone on a bunch of littler rocks while another giant rock crushes your foot.

Second, I was not pleased to be so vulnerable. Either to grizzly bears or Jason’s opportunity to get photo evidence of me crying. (According to official records, I’ve only cried once, in 1984, when I stained my favorite blue party dress with chocolate ice cream and was certain I’d never be able to attend a party again.) Eventually, I recognized that I was not in a position to change either of those realities, so I ignored them by mourning my party dress and strategizing my pee plan. Because at some point, I was going to have to pee.

Mostly, I found myself needing to ask questions I knew the answer to. I knew rescue was on the way. I knew they would have the best tools possible to free me. I knew they would know what they were doing. In all reality though, I was just downright scared as hell about the things we didn’t have answers to. Like whether or not I’d ever be able to wear two shoes again.

For a while, I contemplated opening an eBay store for single shoes. Somewhere out there is a right footer in a size 38 with a penchant for Italian leather. I envisioned myself as a good Samaritan, donating Jimmy Choo moccasins to leprosy victims.

My fantasy was interrupted by the arrival of the rescue team. They were as good at setting ropes as I was at laying under rocks, and my foot was soon freed with expert methodology. With renewed optimism, I told the medic not to cut my shoe off. It was unlaced. They pulled the sock off. And there it was, all flat and grey and cold. I summed up a little courage and told my toes to move. 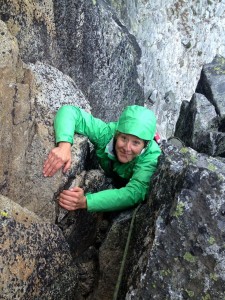 Epilogue: My foot is expected to fully recover in a few months. The positive outcome of what could have been a lifelong shoe shopping disaster is due to two key factors all of us “out there” need to take responsibility for: First, know your damn first aid and be prepared to use it. Second, contribute to your community’s Search and Rescue so they can continue to navigate treacherous passes in the dark to save us.

Special thanks to the US Air Force for the ride, to Bonner County EMS for the drugs, and to Priest Lake Search and Rescue for hauling me over the rocks all night. And to Jason, for making sure all that could happen.

To join or donate to Priest Lake Search and Rescue, visit www.plsar.com. //