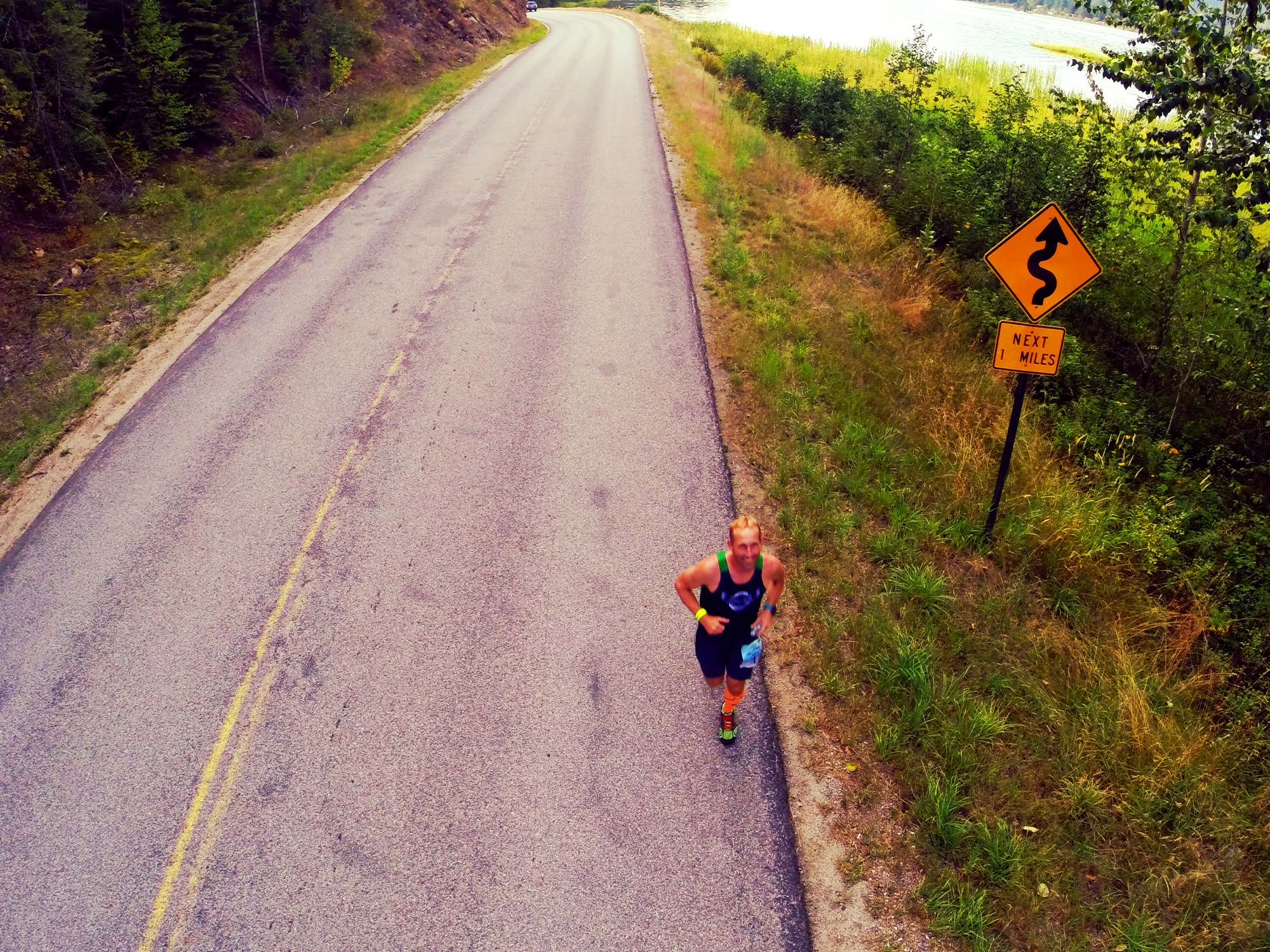 David Lund is not a machine, but for 49 consecutive hours he ran 205 miles. That’s nearly eight continuous marathons. Whereas most runners participate in the Spokane-to-Sandpoint Relay Race as a team, on August 14, Lund elected to do the entire race solo. In fact, when he completed the race entry form, under team name he wrote: “I Think I’m Alone Now.”

Lund has completed numerous marathons and ultra-marathons, and he even won the recent Riverside 24-Hour Relay race in Riverside State Park last June. He hatched a plan to run the Spokane-to-Sandpoint Relay as an individual nearly a year ago. His self-coached program included binging on excessive long runs and several ultra-marathons, says Lund. “I had prepared for all kinds of ultra-running and done several races this year: one 50K, two 50 milers, a 100K, and a 24-hour run. I was prepared for night running, fatigued running, running with frequent rests, running on trails and roads, but I wasn’t prepared for how mentally challenging it would become once the pain became intolerable.”

In a nutshell, the Spokane-to-Sandpoint Relay is comprised of 24 to 36 legs for walking and running teams. Racers start at the summit of Mount Spokane, and the race is staggered so that the slower teams can still compete with the faster teams. However, David started an entire day earlier than the rest of the teams because…well, because he was running the race solo. From Mount Spokane the course meanders to Nine Mile Falls and joins the Centennial Trail, which delivers participants to Coeur d’Alene’s Mceuen Park. Next, participants follow the newly-created Prairie Trail system and make their way through the Idaho Panhandle National Forest to Priest River, Idaho. From Priest River the course travels westward on backcountry roads that trace the Pend Oreille River. Participants finally cross the Long Bridge into Sandpoint.

“My wife, Nicole, she knew I could do it, and that idea allowed me to finish and keep going in the hardest moments. I ran with my brother Rob around mile 105, and he’s getting more into running. Last year, we ran his first marathon together. My friend, Christina Lamb, ran with me and got me going again at mile 125, and Brendan Dowling who ran with me, leap-frogged his vehicle for the last 30 miles and stayed through to the end,” reports Lund. 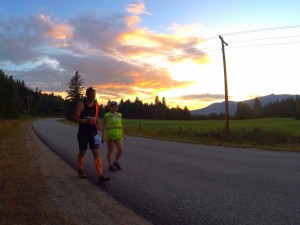 Ultimately, although it appears in the results that David accomplished this feat as a solo athlete, he is quick to correct that notion. “When I started, I had a backpack and said, ‘I’ll see you in 30 miles,’ but near the end I recognized I couldn’t have completed this task alone. Besides, I had never been alone, even when I was running by myself, I called and asked them to meet me up ahead, or just talked to someone in person or on the cell phone while I ran. But mostly, I needed other people to believe in me because I didn’t feel I had enough mental grit to get through the painful parts. Even there on the Long Bridge, at the end, when I was actually physically alone and feeling lost, there was a group of people waiting for me at the end. That was a special moment. I wish my team name had been ‘Thank You Team, We Did It!’”

According to his Facebook post, Lund completed 205.5 miles in 49:31 hours. He insists that two of his kids, Katie and Max, receive partial credit for their duties. Max traveled ten miles with his dad carrying a lawn chair so that, during the final miles, he would have a good place to rest along the way. Katie endured a 1.5-mile hill followed by a 2-mile downhill during the worst hours of the endeavor. Overall, the entire family contributed to David’s success.

When asked whether he would do it again, David laughed: “Perhaps in some sort of masochistic way, I want to know how far I can go before my body says ‘I don’t care how much the rest of the world believes in me, I am incapable of taking one more step.’ What is that number?” //