Progress for the John Wayne Trail 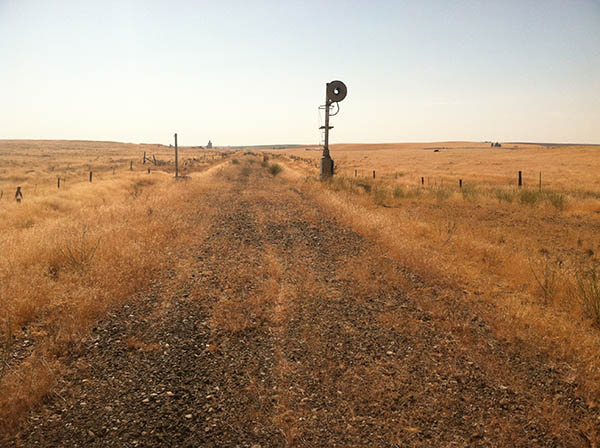 The efforts of two elected officials from Washington’s 9th Legislative District to quietly close a major part of the John Wayne Pioneer Trail last year ironically may have given the trail a publicity and funding boost. With public attention directed towards the trail like never before, the state legislature recently allocated $100,000 for weed control, reversing 35 years of neglect along the 300 mile John Wayne Pioneer Trail. Even in rural communities near the trail, more people are getting involved to support the trail. At Washington State Parks Department public meetings in Cheney and Ellensburg in March, 60-70 people attended each meeting, with the vast majority of attendees being trail supporters.

Even with trail’s newfound fame, JWT supporters need to remain active and engaged, say trail advocates. The parks department 12-person Citizen Advisory Committee (composed of landowners and trail users) is meeting two more times (April and May) before the committee will present findings in July, with the main issues under consideration being trailheads, trestle repair and securing gaps along the trail. The process will come to a head in 2017 when the legislature will decide the fate of the trail.

The Tekoa Trail and Trestle Association, one of the primary groups that has been rallying support for the trail, urges all Washingtonian citizens to support the recent state park’s funding request of $3-6 million independent of any grants that could come in. “Although we are very excited about the possibility of grant funding, 9th District Senator Schoesler opposes any funding for the trail, and Senate Republican Caucus members are supporting him,” says Ted Blaszak, President of the Tekoa Trail and Trestle Association. “We need to get the message to them that politics should play no part in the parks budget. Write your legislators.”

Despite opposition from a few legislators, citizens from around the state continue to organize for the trail like never before. A total of 17 cities and towns have passed resolutions in support of the JWPT. A working group of elected officials is also forming with a vision to connect the JWPT to the Trail of the Coeur d’Alenes and Route of Hiawatha in Idaho and Montana. This would be the longest Rail-Trail in North America by far and would have tremendous recreation and economic development value for the entire region. Keep up to date and join the conversation on the Tekoa Trail and Trestle Association’s Facebook page or at Johnwaynepioneertrail.org. // (Nick Thomas and Derrick Knowles)