Planless: A Journey Back to Loving What You Loved 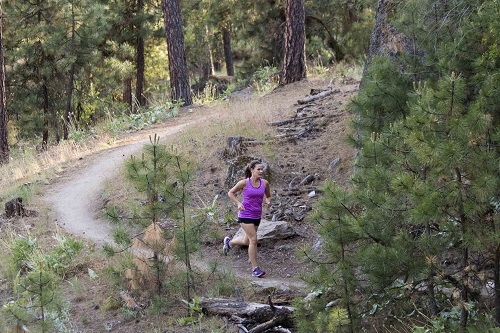 When I first started doing crazy things like running marathons, I felt compelled to have plans. I would buy books on training, obsessively surf the “Runner’s World” website, compare tables and results, keep journals, log miles and test shoes.

I talked about my plans, my methods, and the impossibility that I could ever do anything on a Saturday night because Sunday was Long Run Day. I lost a lot of friends.

Over the years training became a sort of burden. Speed day made me want to fake illness. Long run/ride planning would consume my week. I would feel immense guilt if I missed a run or changed my schedule. Four months of training and one missed Wednesday, and I’d spend my taper weeks certain of failure. Sometimes I met my race goals, other times I didn’t. I had a perfect training record for the Dublin Marathon and bonked so hard I threatened to eat someone’s baby on the sidelines. The commitment of a race (rather, committing to training for a race) lost appeal. Sometimes even running did. Then one season I decided not to race at all. I didn’t want any pressure. I was tired of stressing about whether I’d trained enough. I was tired of not being able to drink at people’s damn barbecues. Not that anyone was inviting me anymore.

The very first morning of my no-more-being-tied-to-a-plan life, I woke up and had an urge to run. It was a beautiful spring morning, the kind where the green is almost surreal. I strapped on my shoes and hit the trail. Usually my head conversation went like this: Am I going fast enough? Too fast? Too slow? This feels hard. I don’t know if I can do seven more miles like this. But on that morning, none of that mattered. I was in the moment, breathing the morning air. I took a trail without knowing how much longer or shorter it would make my route. I ran until I felt like I wanted to run home. And I loved it. I loved running. I was running because I wanted to, not because I had to. Some days I would go out and feel like running fast. Some days I would get lost and run far. Some days I rode my bike. Some days I climbed. I didn’t feel like I had athletic infidelity if I felt like diverging.

Something else happened too: I did not get any weird, nagging injuries. The variety of sport and the ability to listen to my body’s need for rest or recovery meant that I actually did recover. The end of the season came. I hadn’t worn a watch, logged a run or given a crap about any of it for months. Late in September some friends asked me if I was running the local trail half. I noted that I had not trained for it and signing up for a race untrained was generally a bad idea. They used the whole “it’s a fundraiser, good-cause, running-karma” argument, and I decided to show up the next Sunday morning.

It felt like any other fun morning trail run, only with bigger crowds. I wore the same smile I’d been wearing all summer. I ran according to my comfort level (which was sometimes more comfortable than others). And I crossed the finish line with my fastest time. I didn’t even know until they called me to the podium, an added benefit as I can always use a new water bottle and stick of chafing cream.

Now I sometimes plan to race. I know that if I am going to run a marathon, I probably want to get lost in the woods at least once a week. But these days I worry less about performance, time, distance, and enjoy the reality that my daily excursions are micro-adventures where I discover everything from new trails to new truths.

The next time you’re wondering what plan best suits an upcoming race, consider going planless. Let go of expectation and goals. Leave your watch at home. Listen to your body. Breathe. You might just find yourself falling in love again. //