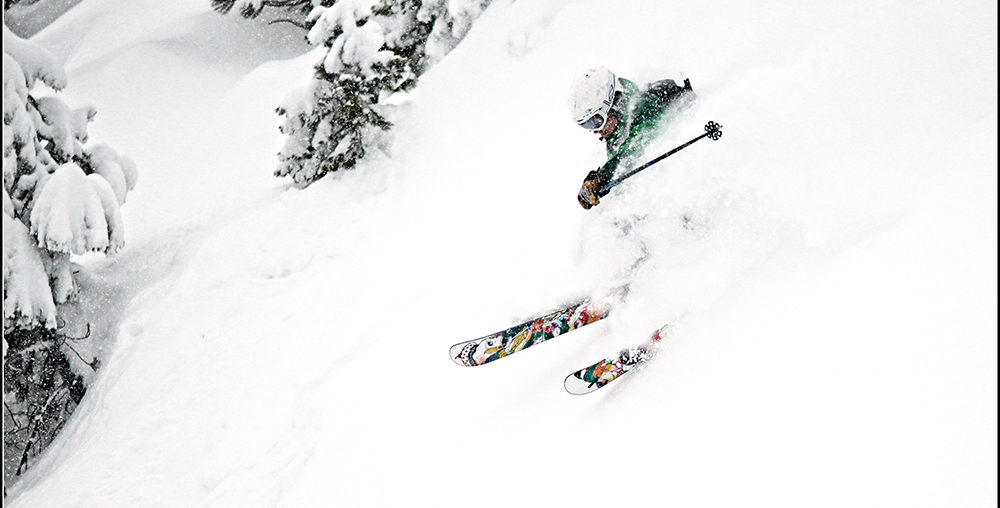 Expansion approvals, more on-mountain food and beverage options, new glades and runs, upgraded facilities, and more are in the works for skiers and snowboarders at Inland Northwest resorts this season.

The big news at Mt. Spokane Ski & Snowboard Park this season is the announcement this past summer that the long sought after ski area expansion was clear to move forward despite years of opposition by conservation groups, the Spokane Tribe, and some recreation interests. While the new lift (Chair 6) won’t be up and running this season, Mt. Spokane reports that despite a long fire season that limited times when machinery could operate, that the ski area is working to have as many of the seven new runs accessible as possible for the upcoming season, with lift service anticipated by the 2018/19 season. In the meantime, skiers and snowboarders accessing the runs this year will need to traverse over to Chair 4 and will be riding out of bounds at their own risk.

On the facility upgrade front, the downstairs bathrooms in the Main Lodge have been completely remodeled with new flooring and fixtures, and the tubing hill has been relocated to offer an improved layout and better access to Lodge 1 services. Pre-construction and permitting has also been completed for a new Mountain Sports School Learning Center (aka ski school) in the base area of the Main Lodge, with construction planned in time for next 2018/2019 season. 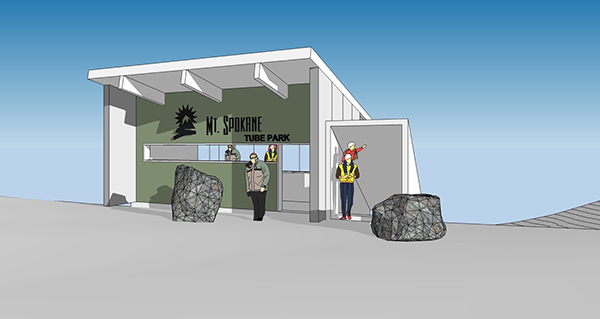 With NOAA projecting another La-Nina winter like last year when Lookout received 438 inches of snow, the tentative opening day scheduled for the Friday after Thanksgiving shouldn’t be a problem. Lookout is also charging ahead with plans for two new chairlifts, 14 new runs, and new glades that were approved last spring by the U.S. Forest Service as part of Phase 1 of a larger expansion proposal. The expansion increases the ski area’s special-use permit zone by 458 acres and will increase the vertical drop to 1,650 feet once the two lifts are installed, accessing 6,150 “Eagle Peak.” While the new chairs and runs won’t be ready this season, once the development is complete it will also include an addition to the existing base lodge and more parking. Learn more about the expansion plans at Skilookout.com/future-expansion.

Development plans up at 49 Degrees North that will eventually include slopeside living and lodging, high-speed quad lifts, new lodges, and snow making, continue to move forward. Once completed, these developments will make 49 the only ski in/ski out resort in Washington. In the meantime, stop by Cy’s Cafe in the yurt at the bottom of Sunrise Basin for a taste of things to come as the Sunrise Basin development unfolds and grab a cinnamon roll, German sausage, cup of coffee, or pint of beer and warm up. If you are a regular 49 season passholder, the mountain recently announced a unique new perk: a 10% discount on select backcountry tours with Selkirk Powder Company and $250 off any private group heli-skiing trip with SPC.

Celebrating 50 years of operations this season, Silver Mountain reports several upgrades in the works throughout the mountain. A new intermediate run, Klondike Express in the Chair 2 Basin, will offer up nonstop top-to-bottom laps and easy access to the terrain park, and expanded glading in the North Face Glades area will make some of the Northwest’s best tree riding even better.

Facility upgrades you’ll notice include a new beverage and snack shack next to the gondola upload line, a major deep cleaning and new seats in all 116 gondola cabins, and the Jackass Snack Shack will be reopened for the first time in years to provide food and beverages in the Chair 4 Basin during the busiest times of the year. Finally, checking on the mountain conditions from your phone in bed will be more informative than ever thanks to a new HD webcam being installed on top of Kellogg Peak thanks to a partnership with KREM TV. The camera will be pointed back towards the top of Chair 2 and will offer a highly useful glimpse of current conditions.

Last winter Schweitzer opened its new Sky House summit lodge on the summit of Schweitzer Mountain, giving skiers and snowboarders a new place to relax, warm up, and enjoy a meal, snack, or a drink with 360-degree mountain views. The two-story, 9,000-square-foot lodge houses the Red Hawk café, as well as a restaurant and full-service bar called The Nest. The lodge will be open daily this season from 10 a.m. to 3 p.m. //