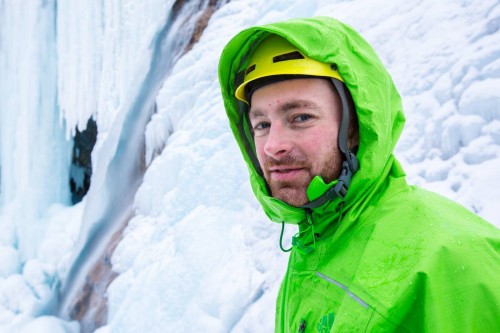 Cerro Torre is often labeled the most beautiful peak in the world, and it frequently draws the most devoted technical alpinists to its climbing challenges. The surrounding cluster of mountains is commonly known as Patagonia, but Cerro Torre is the unique granite needle that is a prized climbing accomplishment due to the terrain, weather and the aesthetics.

On December 17, 2014, Spokane native Jess Roskelley managed to reach the summit after a brutal three-day ascent. Along with climbing partner Ben Erdmann, Roskelley summited via the West Face, known as “The Ragni Route.” “I have been there [Patagonia] three times now. This was the first major thing I’ve climbed there because the other times we didn’t have very stellar weather. You need a solid weather window to get that thing done,” says Roskelley. Cerro Torre is only 10,262 feet above sea level, but its vertical relief from the surrounding valley floor is over 4,000 feet, which is over 1,000 feet higher than the Dawn Wall on El Cap in Yosemite. In the past 50 years, many of the world’s greatest climbers have been turned back from the summit.

Adidas, Camp, and MojoLab sponsor Roskelley, and he is quick to credit their support whenever he talks about the climb. He also focuses on the partnership with Erdmann. “Ben and I work well because he is powerful on rock and very fast at aiding pitches, and I’m usually climbing all the ice. On big alpine climbs, if there is a pitch I don’t like, he will always want it and vice versa. Most importantly I put my life in his hands, and I have his life in mine. We are a badass team.” //