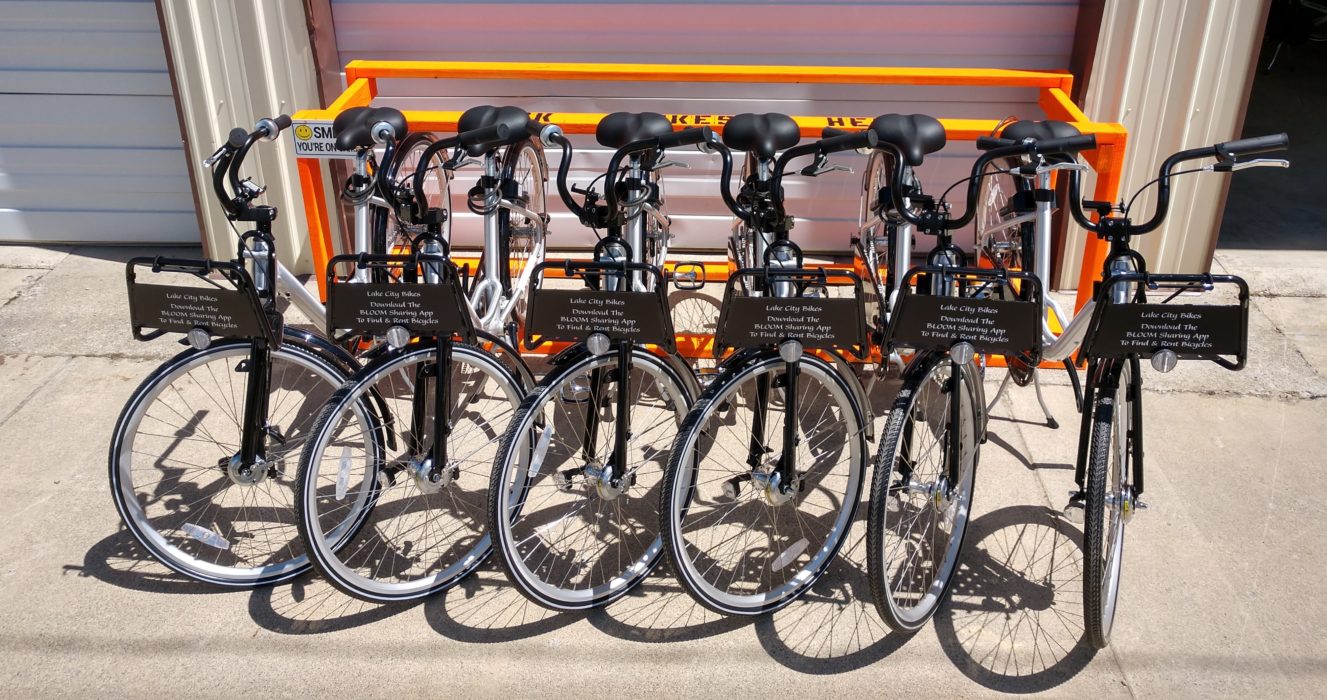 Coeur d’Alene, Idaho—A new bike sharing program kicked off in Coeur d’Alene in late July, bringing a new fleet of single-speed pedal bicycles from Republic Bikes to the Lake City. Spearheaded by Lake City Bikes, rental bikes are initially available at the Coeur d’Alene Parkway State Park for $7 an hour or with a $25 monthly membership. Bikes can currently be picked up and dropped off at trailhead docking stations at the state park, and Lake City Bikes hopes to expand the program to other locations in downtown Coeur d’Alene and Post Falls. Riders need to download the BLOOM Sharing App which provides a map of available bicycles and makes renting a bike through an encrypted banking system easy. Solar powered modules on the bikes house a GPS tracking system, wheel lock, and Bluetooth capacity that connects the rental hardware to the app on the user’s smart phone. The bikes can be ridden anywhere but must be returned to a docking site and locked using the provided cable and wheel lock when finished. More info at Lakecitybikes.com.