Guts and Glory: Why Your Friends Avoid Gluten

Like many of you, I have been pretending to be gluten intolerant for years. It is only one of the plethora of trendy conditions I randomly pull out of my hat to avoid eating other people’s shitty food.

According to various random attempts at scientific journalism, gluten intolerance is something millions of people are mostly faking to make you feel uncomfortable and inferior at the dinner table, while forcing you to listen to extensive histories of their bowels. With compassion, mind you. Because if we could, we’d be shoving that tortellini down our pie holes too.

As a result, much of the nation is now overcome with gluten deficiency. It is hard to identify, but mostly recognizable by asking this simple question: Do you pay a buck a pound for oats or six bucks a pound? If your English muffins cost more than your tri-tip, you are probably low on gluten. Our breads disintegrate into sand. Our pasta has been replaced with spaghetti squash. We’re drinking fake beer for heaven’s sake people! Fake. Beer. Has the power of whining catapulted an entire nation into indigestion? Is it the genetic changes in wheat? Is it how much we eat? The answer is: We don’t know.

What we do know is that gluten is real, and, for some people, it is the devil incarnate in the form of a three-day laxative/migraine/swine-flu episode. In my line of work, we use a little something called science to establish what we refer to as “true” intolerances. (As opposed to some hipster who flipped the food-dogma coin for veganism or gluten intolerance.)

The first test involves people in lab coats who actually went to school and learned stuff. These are antibody tests that analyze whether your body thinks a particular compound is friend or foe. Unfortunately, gluten is a complicated number, and to really understand whether you’re reacting to it, you’ll want to get a test that analyzes all the components of wheat, including the proteins that break down upon digestion. You can test negative for gluten and gliadin intolerance but still get sick when you eat wheat. 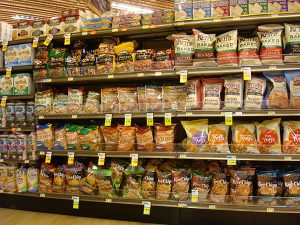 For this reason, we apply another test. It goes like this: Eat some gluten. Ask yourself if you feel good. If the answer is no, then stop eating the gluten.

This one seems hard for some people to grasp because I still get phone calls from people complaining that their throat swells every time they eat peanut butter. After much research, symptom analysis and approximately .00037 seconds, I will say something profound like, “Maybe you should not eat the peanut butter?”

Studies are beginning to link undiagnosed gluten intolerance to all kinds of dirty terms like fibromyalgia, auto-immune disease and rice-crust pizza. Does that mean we should all spend a few hundred bucks confirming or disproving an intolerance?

Yes. And no. If you’re unwell and you can’t quite put your finger on it, you may consider some further testing. Start with cutting out gluten. You’ll notice that gluten is not on the RDA list because it’s only found in things that are mostly empty calories anyway. Surprisingly, you will not die of malnourishment if you stop eating croissants. If you’re awesome and have guts of steel and no history of autoimmune disease, mental disorders, arthritis, etc. in your family, count your blessings and eat some noodles. Made out of sorghum. Just like they ought to be. And drink real beer.

In the meantime, trust that the person who tells you they are gluten intolerant is probably not just being a pretentious dinner guest. Trust that their mouths water during Oktoberfest, that they have wet dreams about scones. And trust that they are doing just what we all should be doing: Listening to our bodies. //

Ammi Midstokke is a nutritional therapist who regularly uses science to support foodisms and good health.

Ammi Midstokke lives in Sandpoint, Idaho. When Ammi is not chasing her first love (trails), she is preaching her second (food) as a Nutritional Therapist. To find out more about saving the world with kale or the misadventures of a single mom, visit her website. View Website