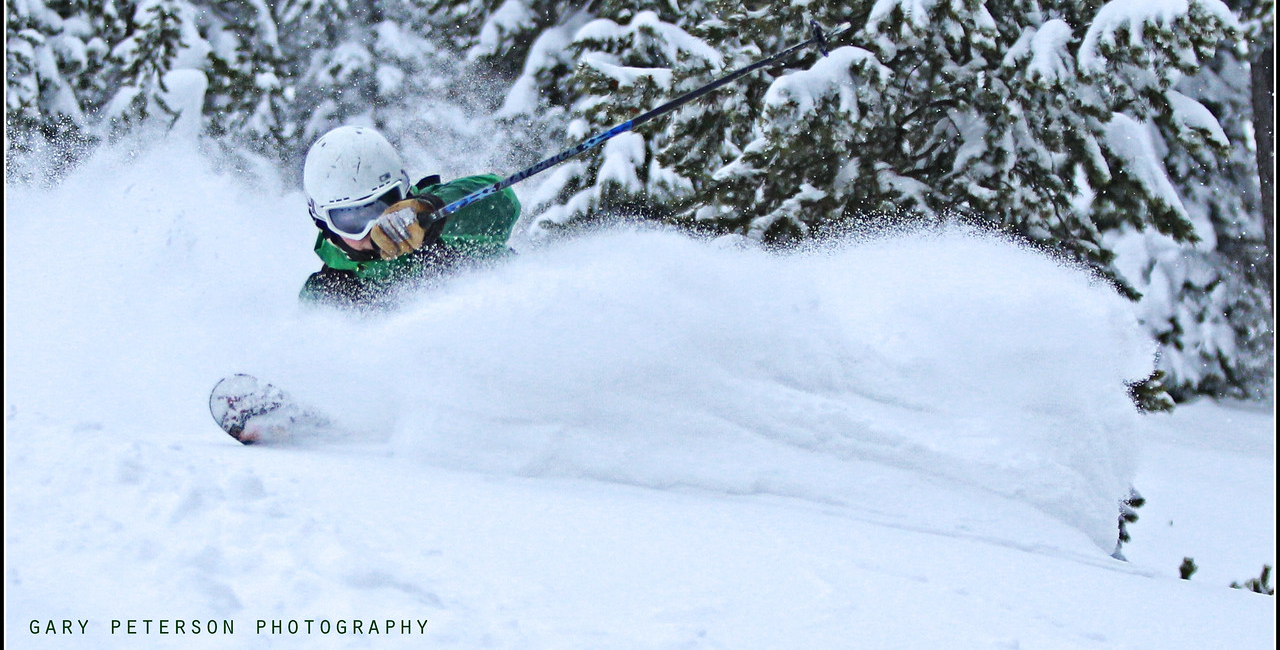 Lookout Pass, the ski area that spans both sides of the Idaho and Montana border in the Bitterroots Range, is known for major annual snowfall, averaging 400 inches and leading to many days of fresh powder. We asked a few Lookout locals to share their best recent memories of Lookout’s powder dumps.

“Probably the best day isn’t so recent but man, was epic,” says Kevin Pryor, who frequents Lookout Pass and many other local resorts in his quest to ski 60-70 days each year. In 2011, according to British-based Skiinfo, Lookout Pass received more snowfall over a seven-day period than any other ski area on the planet. “There was record snowfall,” Pryor says. “It was phenomenal—I mean, oh my god, it was the whole month of February. We went up every week. Every time it was 22-28 inches, every week we went up.”

Pryor recalls taking Chair 1 up during that period. “Off the chair line on the backside, it’s pretty steep back there. I remember one day that year, the face of 1 right there is pretty great, but people couldn’t ski it. I ski on big fatties and my buddy does, and if you didn’t have big fat skis you didn’t get down.” He pauses, thinking back on the fun of that moment. “It was awesome, man.”

Asked about favorite runs, Pryor says he generally heads for the backside of the mountain. “I’m a timber guy, I love skiing in the trees…it cuts out a lot of people.” He’s downright evangelical about the quality of the snow at Lookout. “Lookout always gets the snow. It does,” he says. “You go to Lookout, bring a snorkel, because they get the powder.”

Who: Phil Edholm, president and CEO of Lookout Pass

It was just about a year ago when Phil Edholm last had an unforgettable day on the mountain. “There was a time in January—I think we had about a foot of fresh powder,” he says. “I’ve been a ski patroller for 40 years. One of my luxuries is I get to ride the chair up for the first ride of the day.”

First thing in the morning, when all was fresh and untouched, Edholm went up on Chair 2, which drops down into Montana. “You know they have that saying, ‘Montana smoke’?” he asks. “They call it Montana smoke because it’s generally colder and drier in Montana, so being at the crest of the Bitterroots, there are colder temps. We get these storms that come in and they stay there for a while and dump a lot of snow.”

When Edholm ducked off the backside of the mountain, the magic began. “It was like skiing through feathers—up to your waist. It was just effortless skiing; it was like floating in space,” he says, still awed by the memory. “You can feel your heart pounding, you see your breath in the air; it’s just a wonderful experience.”  Sneaking down the mountain before it was open to the public made it all the more special. “The other part that makes it fun is the other patrollers are right behind me, everybody’s whooping and hollering,” Edholm says. “We have the whole mountain to ourselves for about 20 minutes right before everyone else gets out there, so it’s really fun.” //

Sarah Hauge will be talking herself into running through the slush, snow, and ice this winter. Her essay, Super Old Superfeet, appeared in the December issue.