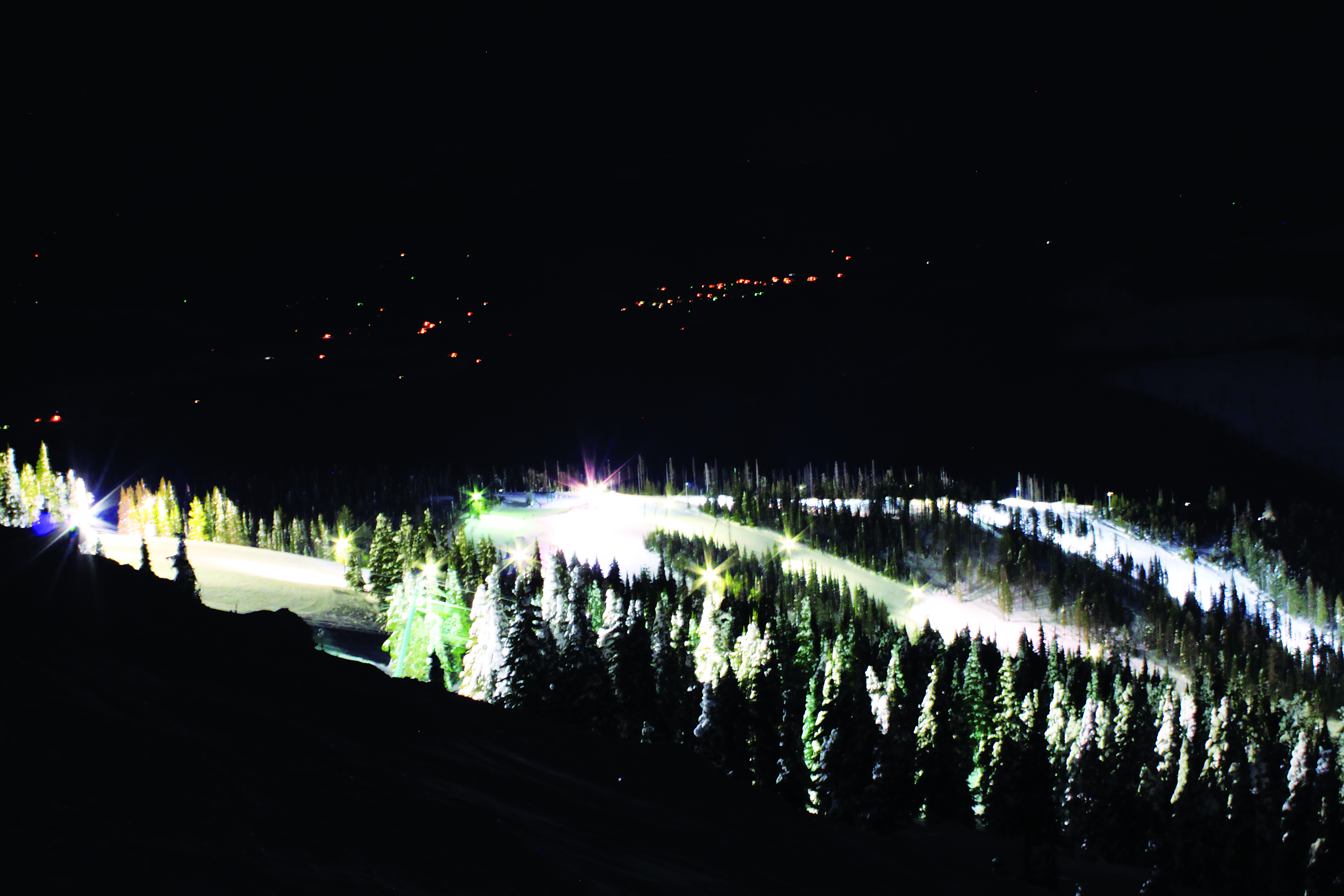 January and February are the heart of the ski and snowboard season, and there are plenty of lively competitions and entertaining activities for every age and skill level of skiers and riders. Here are a few events to look forward to at the four Ski the Northwest Rockies association resorts.

49 Degrees North: Try night skiing at 49 and for a good cause. Bring $5 and three or more cans of food on January 19 or February 16 and enjoy the night lights and views on the slopes. “You get to do something different and explore the terrain in a way you haven’t before,” says Emily McDaniel, “while also giving to the Chewelah Food Bank.” If you drive a Toyota, Friday, February 22 is also your chance to drive it up to 49 Degrees North and ski or ride for free thanks to Toyota Free Ski Fridays.

Lookout Pass: Lookout holds unique events throughout the season. For example, the sometimes absurd, always enjoyable fun and games on Jan. 27 with the Mountain Brewfest and Snow Bowling. What is Snow Bowling, you ask? “Well, it’s an event where the parents get to take it out on the kids,” says Matthew Sawyer, Lookout’s Director of Marketing and Sales. “We put inflatable bowling pins on the slope. Parents put their kids on a saucer and hurl them down the hill to try to knock the pins over. They get really competitive! It’s a great event to watch and keeps the parents and kids entertained.” Friday, February 1 is also Toyota Free Ski Friday at Lookout, where the driver of any Toyota will ski or snowboard for free.

Mt. Spokane: All skiers and snowboarders can get a mid-week or weekend snow-sliding fix under the stars with night skiing every Wednesday through Saturday until March 2. Anyone who drives a Toyota to Mt. Spokane on February 8 will also enjoy a free lift ticket as part of the Inland Northwest Toyota Dealers-sponsored Toyota Free Ski Fridays.

Silver Mountain: On Friday, Jan. 11, Silver celebrates more than 50 years of snow recreation with their Jackass Day. A nod to the resort’s historic roots as Jackass Ski Bowl, named after Bill the burro and the first run to be opened on Silver in 1967, this event offers skiers and snowboarders of all levels $12 lift tickets all day long, as well as on the night of Jan. 12 for night skiing. February 15 is also Toyota Free Ski Friday at Silver, where Toyota drivers ski or snowboard for free.

Bringing a bit of the backcountry to the resort, February 9-10 is Backcountry Weekend at Silver. Participants take an avalanche awareness class followed by a session at the beacon park to practice avalanche beacon skills in a controlled environment. Next up is the Whitworth Outdoors Deep Burial Race. Teams of three search for beacons that have been buried in five-six feet of packed snow; this drill is a chance to practice the teamwork and techniques learned throughout the weekend.

Stay after the avalanche awareness activities and experience what is becoming one of the most popular races for all skill levels in the area, the Wardner Peak Uphill Downhill. With a $35 reduced-price lift ticket, you can opt for one, two, or three laps of climbing 675 feet per lap on your alpine, telemark, splitboard, or snowshoes/snowboard, and then skiing or snowboarding down (no hiking or boots permitted for the downhill). //

[SPONSORED BY SKI THE NW ROCKIES]