Bloomsday: Love of a Hometown Race 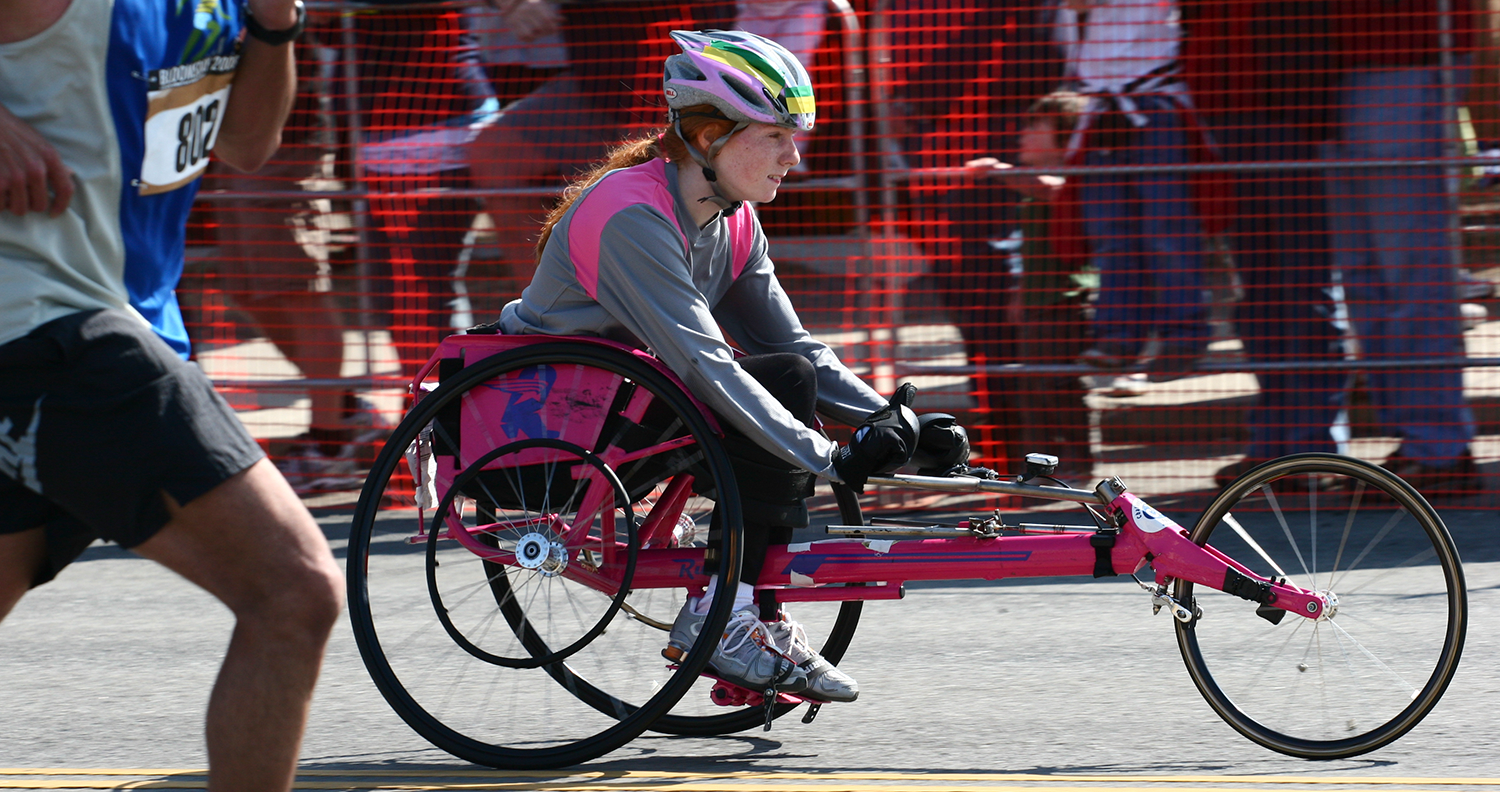 Is it an adult rite of passage to start disliking crowds? Maybe it’s just an introvert thing. In any case, well into my 30s, I’ve found that many seemingly-great events are simply not worth enduring all the people. Browsing with strangers pressed up against my elbows, long bathroom lines, and impossible-to-find parking? No thanks. For me this has ruled out quite a few street fairs (with free bouncy house!), home and garden expos, and three-on-three basketball tournaments (always held on an asphalt-meltingly hot June day). If left to my own devices, I’ll just stay home.

By my own logic, this would steer me clear of Bloomsday, with its tens of thousands of runners, walkers, and wheelchair racers, buses shuttling participants in and out, buildings locked and roads blocked, dozens of people at arm’s length or closer, stretching and retying shoes and standing around on Riverside waiting, and waiting, and waiting for the race to start.

When it comes to Bloomsday, though, none of that bothers me at all. Bloomsday was my first-ever race, and it’s still my favorite. The crowd is exactly what makes it great.

I didn’t know what to expect as I lined up on Riverside for the first time in 2004, having moved to Spokane the fall before. I watched people bat around beach balls and toss their extra warm-up layers into the trees lining the street. Many (many, many) minutes went by waiting for the starting gun to go off. When my section finally got the all-clear to start running, the wave of people around me slowly shifted into jogging pace and I was swept up with them. It was miles before I could move easily, without checking over my shoulder and weaving carefully to clearer ground. I was part of a crush of strangers, united by a common mission.

I knew about the infamous Doomsday Hill, but was blissfully unaware of the ascent out of Peaceful Valley, and the subtle but never-ending slope stretching up Fort George Wright Dr. I had clearly not trained enough to thrive during the race, but I survived. And, I loved it—the bands and solo musicians dispersed along the course, the nuns cheering on runners by shaking plastic hand clappers at the descent before Doomsday, the people watching from their front porches in Browne’s Addition, the kids selling popsicles and hosing off overheated runners in West Central.

Since moving here, Bloomsday is the only Spokane event I’ve never missed. Some years I’ve “raced” more than others, training hard and pushing myself for PRs. Those times I focus less on the music and the costumes, until I cross the finish line and wind back through the starting area, passing by the thousands of Bloomies still waiting their turn to begin the race, in an atmosphere that feels much more like a block party than it does nearer the front of the pack. Other years, like the time I was nursing an IT band injury, or when I did an ungraceful, long Bloomsday jog at eight months pregnant, I’ve started farther back and taken it slower, stopping more along the way and simply enjoying the day as it unfolds.

What’s great about Bloomsday is that it’s for everyone (and still a steal at $20 for a well-run race with plenty of volunteers and an iconic shirt). It’s for the international elites as much as it is for the people ambling along in jeans and flip-flops. It’s for the grandmother who walks it every year with her granddaughters. For the kids running their first-ever race alongside mom or dad, the tweens who stroll as a pack, flirting and snacking all along the way and finishing in well over three hours. It’s for Gonzaga’s ROTC, chanting and keeping a steady pace over the 7.46 miles, for the women in superhero costumes or Raggedy Ann attire, the inevitable guy (or 2 or 3 or 20) in a grass skirt and coconut bra. It’s for the wheelchair racers who will finish in under half an hour, and for the perennials, those stalwart participants who haven’t skipped a Bloomsday since its inception in 1977.

Bloomsday is the exception that proves my crowds-aren’t-for-me rule. It’s good to be part of something bigger than yourself, and Bloomsday reminds me of that each year. It’s never quiet, and certainly never serene. And though that’s not usually what I look for in a run, the palpable energy and all-are-welcome atmosphere are what make my adopted home’s hometown race unmissable. //

Sarah Hauge is a writer and editor who lives in Spokane with her husband and two children. She’ll be running in her 15th consecutive Bloomsday this May, and running alongside her daughters in the Marmot March kids’ race the day before. She wrote profiles of several local runners in the April issue.

Originally published in the May 2018 print edition of Out There Outdoors under the title “Love of a Hometown Race.”