Grizzlies Back on Track in the North Cascades 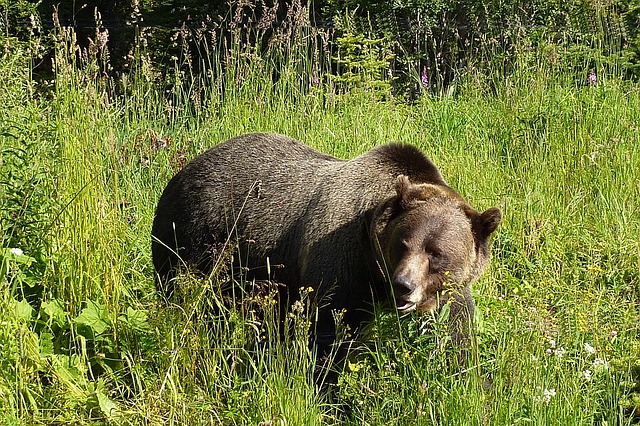 Washington’s conservation community was understandably concerned when rumors began to circulate this spring that U.S. Interior Secretary Ryan Zinke would be visiting the North Cascades to make an announcement about the proposed restoration of grizzly bears. Zinke hasn’t exactly been a champion for nature since he ceremoniously arrived at his first day of work on horseback, and overturned a ban on lead ammunition in national parks and national wildlife refuges only hours after climbing out of the saddle. However, he apparently holds a special place in his heart for grizzly bears, and on March 23, he endorsed the recovery planning process for grizzlies in the North Cascades

The North Cascades Ecosystem remains one of the wildest places in the Lower 48, with 6.1 million acres of mostly public lands connected to additional wildlands in British Columbia. The U.S. Fish & Wildlife Service (FWS) added the North Cascades to its national Grizzly Recovery Bear Plan in 1997, but recovery lay dormant for years despite tenacious efforts by grizzly bear advocates to move the process along. Then, beginning in 2010 and over the next several summers, a team of more than a dozen field biologists patrolled the region’s alpine landscape with hair-snagging stations designed to detect bears. The result? They found hundreds of black bears and zero evidence of grizzlies.

Right now, there are four options for pursuing grizzly bear recovery: a “no-action” alternative (maintaining the status quo), and three “action” alternatives for achieving the ultimate goal of restoring “a self-sustaining population of at least 200 bears” over the next 25 to 100 years. The estimated speed of recovery will depend on the option selected.

According to Jack Oelfke, Chief of Natural and Cultural Resources at North Cascades National Park, they have a lot of work to do to move the process along in the near future. Grizzly supporters are cautiously optimistic that, in the not-too-distant future, the bears will once again roam free in the North Cascades. //