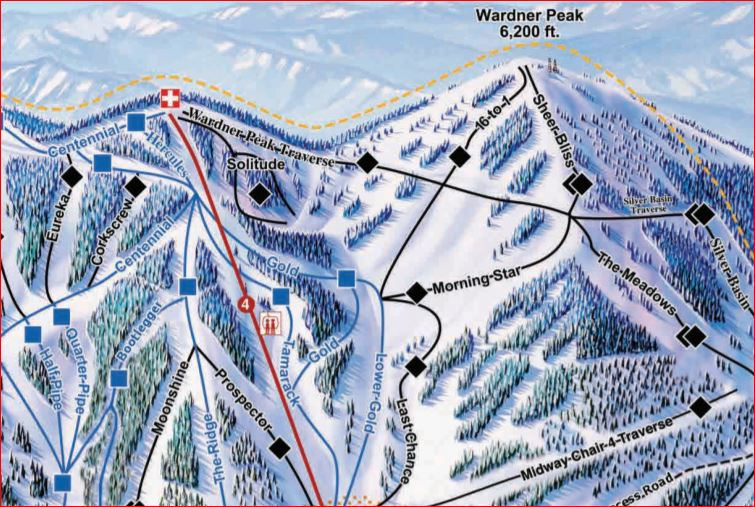 (KELLOGG, ID) – On Tuesday morning at approximately 11:00 a.m. there was an avalanche in the Chair Four basin on a run called 16-to-1.  Medical personnel/ski patrol and volunteers responded immediately and started search and rescue efforts.

A total of seven people were caught in the avalanche. Four skiers were extricated with minor injuries. Two others were transported to Shoshone Medical Center, where they passed away. Another person, who was reported missing this morning at approximately 7:30 a.m., has yet to be found. Silver Mountain Ski Patrol, Shoshone County Sheriff’s Office, and various other agencies have been searching nonstop throughout the day.

Silver Mountain would like to thank their Ski Patrol staff and the many volunteers for their swift and efficient response. Shoshone County Search and Rescue, Coeur d’Alene FEMA Disaster Team, Shoshone County Sheriff’s Office, and members from all regional resort ski patrols are assisting in the search.

Wardner Peak is near the boundary line of the resort and is an area only accessible by traversing or hiking. It had been closed until Tuesday due to lack of snow. The resort received about 16 inches of snow in the 24 hours before the avalanche. Normal avalanche control work was completed in the morning before operations. The Idaho Panhandle Avalanche Center will be conducting an investigation into the cause of the avalanche. The Wardner Peak area will be closed until further notice.

The staff at Silver Mountain extends their deepest sympathies to the families of the individuals and everyone affected by this event.