A River’s Journey: An Epic Paddle Put to Words 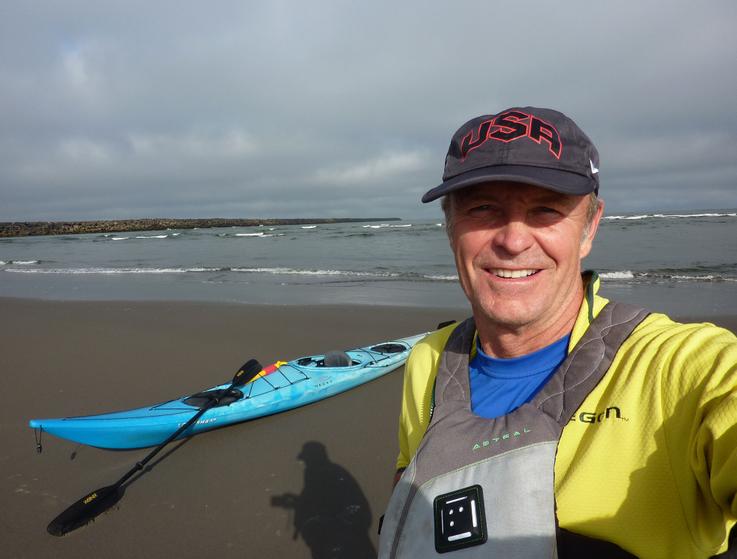 “The Columbia River is a thread of life in the Pacific Northwest. A journey down any portion opens another world of nature’s beauty, a history of man’s dependence on the river, and an exploration of yourself. Do not hesitate – start the adventure.”

In the outdoor sports community, John Roskelley is the prime example of a Renaissance man. His expertise in climbing, backpacking, mountaineering and paddling is unmatched. He’s a little more humble now than in his younger years, but, ultimately, he’s still very task-oriented and he’s always ready for the most uncommon adventure possible.

In his newest book, Roskelley references a point back in 1993 where he thought he might travel down the Columbia River in sections with his son, Jess, and his dad, Fenton. Lacking a contemporary guide or contemporary Internet, the Roskelley’s picked April to put-in. The river was virtually at flood stage, very powerful and full of spring-time debris, but the genesis of traveling the entire length was born. Like John Muir returning to Yosemite again and again, Roskelley returned to the Columbia and paddled each leg consecutively. Starting in 2010, he put in where he last took out and coordinated his trips with good weather. He abundantly credits his wife, Joyce, for her support throughout the adventure.

By volume, the Columbia is the fourth-largest river in the United States. The headwaters begin at 2,960 feet above sea level. The river drains an area of about 258,000 square miles; the total area is similar to the size of France. The river has been paddled by canoe and sea kayak many times, and in 2003, Christopher Swain of Portland, Oregon, became the first person to swim the full length to raise awareness about the river’s environmental health.

Roskelley wasn’t seeking out a particular cause, but he readily admits that he longed to see more of the iconic river than he could see from the car. Most of us cross the river at a few key points, and maybe we can list a few of the 14 dams, but intimate knowledge of the river is peripheral.

There’s a kaleidoscope of logistics involved with undertaking a paddling trip of this magnitude. The maps aren’t entirely accurate, the largest eddies aren’t clearly marked, and the rattlesnakes are never friendly. For the most part, Roskelley paddled alone for the biggest chunks. His daughter, Jordan, joined him for a section in Canada, and he partnered with friends for many of the more technical sections.

The final book is a guide first and a record of his journey second. In 288 pages, he breaks the river down into 35 manageable portions, pinpointing the imperative parts necessary to complete each section. He also includes some clever Roskelley wit: “Common sense should be on every paddler’s list of essentials and must never be left on the shelf at home or tucked away in a watertight compartment.”

Paddling means so many different things to so many different people, and Roskelley encountered just about everything during this multi-year adventure. When asked about the trials with weather or exhaustion or wildlife, he quickly converts the conversation to the beauty and awe of the river. Without question, the river is an economic artery for the entire Northwest, but now that he has seen each twist and turn first hand, he appreciates other aspects even more.

The philosopher, Heraclitus of Ephesus, once wrote: “No man ever steps in the same river twice, for it’s not the same river and he’s not the same man.” Admittedly, taking on the whole Columbia is not for everyone. But just about anyone can sample a few sections, see something new and maybe learn a few things about the river and themselves.

A native of the Northwest, John Roskelley is a legendary mountaineer who has climbed extensively in the Himalayas, including numerous first ascents on the largest peaks in the world. He first started exploring the Columbia River in the mid-1990s. “Paddling and climbing have many similarities,” he says. “The most obvious, of course, is a front row seat to nature’s unlimited marvels.” His latest book, “Paddling The Columbia: A Guide To All 1245 Miles Of Our Scenic And Historical River,” details trips for paddlers along the length of the river from its source in British Columbia to the Pacific Ocean. //