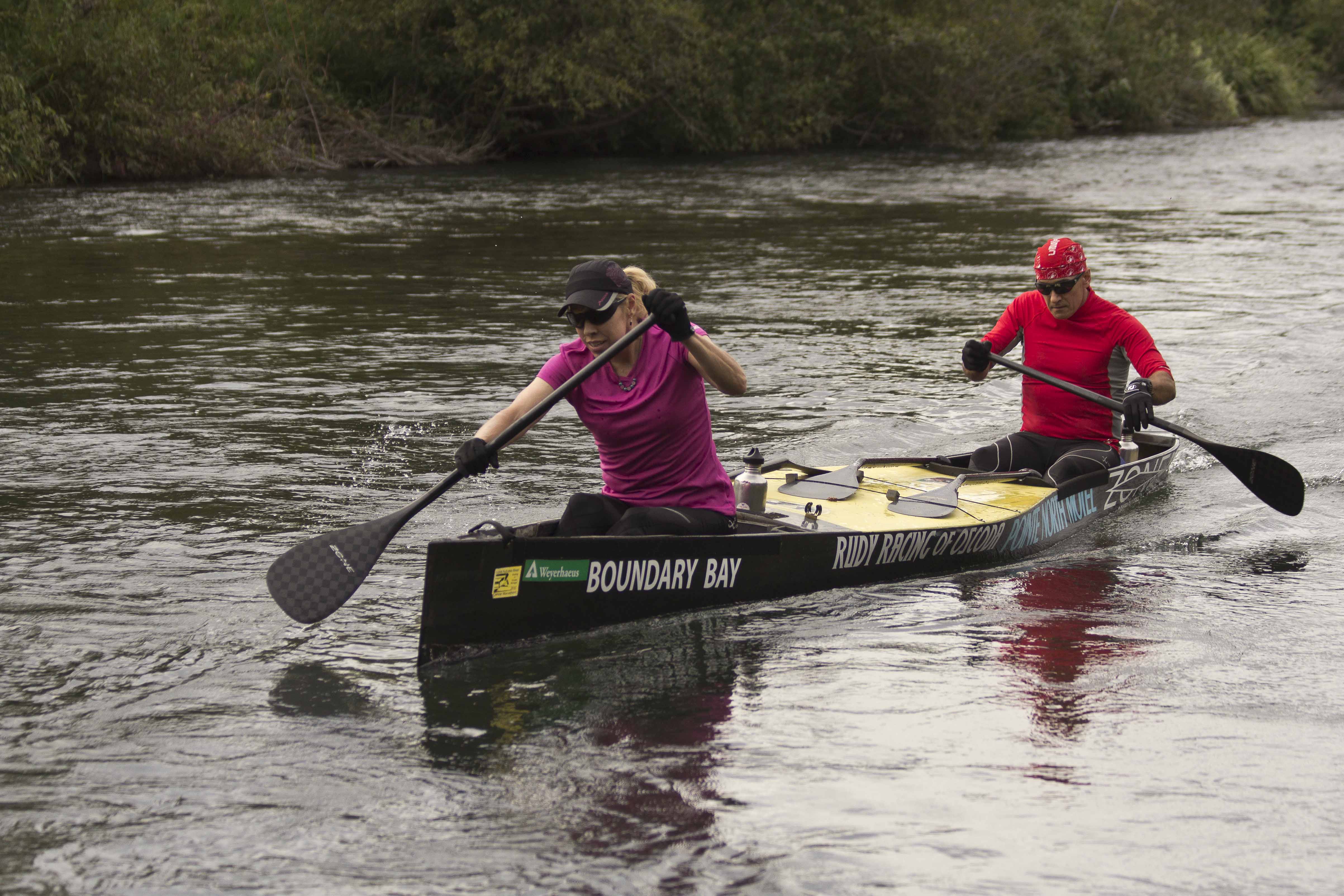 On August 17, 2014, Deb Bauer and Rebecca Davis won their first National Canoe Championship by just 47 seconds. Good weather and prime conditions contributed to a tough race in Lock Haven, Pennsylvania. At age 49, this was Deb’s twentieth time she had qualified and advanced to Nationals in the past thirty years.

While the Bauers live and train in Spokane, the Barton family is based in Michigan. Obviously, the families are close; however, the distance doesn’t allow for much training together. “It’s really stunning,” says Deb. “Rebecca and I only got in the boat once the day before our race for about 20 minutes. We had raced the Nationals together back in 2011, finishing 3rd. That year we didn’t get to paddle together until the warm up on the morning of the race. So we’ve only been in the canoe together three times ever!”

Without a doubt, Deb and Nick train together year round, and they’re both very competitive. Immediately after Deb’s victory, she earned a spot on an outrigger canoe team. The annual Catalina Channel Crossing in California is also the U.S. Outrigger Championships, and Deb’s team finished 5th overall in the women’s race.

“My husband Nick is my regular training partner. He has really helped me achieve many of my accomplishments and is also a very successful athlete in both skiing and canoeing,” Deb says. “It certainly helps to marry into a family that is supportive and competitive. A lot of our family gatherings usually have something to do with sports.”

Deb won’t say for certain if she plans to defend her title next year, but she’s still ranked among the best in the nation right now. Besides, she isn’t likely to commit to anything until next spring when she and Nick start training again on the Little Spokane River. //