Running during Spokane winters is a mental and physical challenge; the icy conditions can be treacherous to navigate, and it is hard to be motivated with fewer hours of daylight and colder temperatures.

Some people opt to run indoors on a treadmill or focus on cross-training until the conditions are safe enough to return to the pavement. However, runners stand the chance of becoming faster and stronger by the time spring comes if they run regularly through the winter months.

Many people who brave the conditions do so in groups, like the Fleet Feet Sports winter incentive program. The program, called Winter Warriors, is a point-based group running game stretched across 12 weeks.

“The whole point of the game is to get people moving in the winter and during the dark hours since we have such short days,” says training groups coordinator Jessicah Travis. “It’s hard to be motivated, but that’s what we’re doing with the points and the prizes. You’d be amazed at what people will do for extra points,” says Travis.

Extra points are awarded to runners for getting out in elements that would normally keep someone at home, such as snow, rain, or temperatures below 30 degrees. There are various other ways to secure extra points, such as attending themed runs or posting photos on social media.

“The goal is to get as many points as you can, and every year we crown a winter warrior,” Travis says.

Of course, running in these sorts of elements requires different clothing and gear than in other seasons. “Here in Spokane, I would definitely recommend some traction spikes, as it can get icy and those will keep you upright,” says Travis. Reflectivity is also important when running in the dark, and headlamps or flashing lights are required for Winter Warriors.

“The key to being comfortable when you’re running in the colder temperatures is to have a really good base layer,” says Nicole Lund, also from Fleet Feet. The properties to consider in a base layer include moisture wicking, or “something that pulls the sweat away from your skin and prevents you from feeling that icy chill,” says Lund.  She also recommends form-fitting base layers so that additional layers can be added as needed.

“It’s a good idea to dress for weather that is 20 degrees warmer,” says Lund. “You’ll feel cold when you start out but, as you get going, it’s nice having that flexibility to shed a layer.” She also recommends a lightweight shell or something that will block wind and has vents to allow breathability. Other accessories include wool (or synthetic) socks, gloves, and a beanie. Some runners also wear trail running or waterproof shoes.

By joining Winter Warriors, participants can “make a lot of new friends…it’s a great community” says Travis. They can also “expect to be a bit competitive and feel proud of themselves for getting out there when it is a hard time of year to be outside. And they can expect some awesome prizes at the end!”

In fact, this sense of community is one of the best parts of joining the club. “I just hope that everybody can come out and have fun and hopefully stay motivated and not be alone this winter,” says Travis. 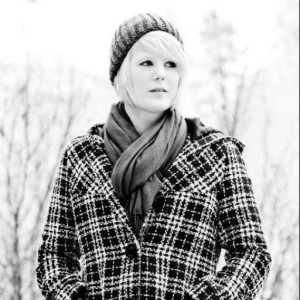 Allison Armfield enjoys traveling and is always down for new adventures. Allison is an avid runner but also enjoys backpacking, climbing, yoga, snowshoeing and paddle boarding and believes that adventure pairs nicely with craft beer. She has a Masters in Communication and Leadership studies from Gonzaga University.