Why I Learned to Ski

Mount Shasta is one of those irresistible peaks that beckon from highways and airplanes, and I finally had the chance to climb it last May. The conditions were much like John Muir described them in his 1877 Harper’s Magazine account of his adventure on this massive icon in the northern California landscape: “The crisp icy sky was without a cloud, and the stars lighted us on our way. Deep silence brooded the mountain, broken only by the night wind and an occasional rock falling from crumbling buttresses to the snow slopes below. The wild beauty of the morning stirred our pulses in glad exhilaration, and we strode rapidly onward, seldom stopping to take a breath.”

My partner Matt and I reached the summit well before noon and snapped a few photos, the kind of photos that make you look like you’re floating on clouds. The wind kicked up and battered us around so we soon descended, navigating our way back across the false summit until we could see the Red Banks rock outcropping. At that point, Matt clicked into his split board, and I briskly rubbed my rump to prepare for miles of glissading.

For the next few hours, we played that game you play when using two different forms of transportation in the mountains. Matt snowboarded down the mountain until barely out of sight, and I sat in shoots of snow and pushed off, shifted my weight from side to side and used my ice ax to brake. Glissading looks like a sliding board on snow, but it feels like someone is scraping your bum with shards of ice. Each time Matt stopped long enough for me to catch up with him, he grinned and seemed eager to push off into another turn. I envied the efficiency of his descent.

After nearly two hours of glissading, I strapped on my snowshoes and tried to surf the mashed potato slop. I could no longer bare the stinging numbness on my backside, and the snow was too slick and mushy to navigate easily in just my mountaineering boots. The morning skidded away as I strained to keep my feet under my knees. In the sloppy conditions, my feet constantly threatened to slip out from under me at odd angles. By the time we reached the car, I could not flex or extend my legs. With each step I felt a dull metal stake forced under my kneecap.

The range of motion in my legs was so restricted that I had to abandon my plan to climb at Castle Crags two days later. Instead, my partner took off for a trail run, and I lurched like the tin man down the wheelchair-accessible trail that provided a magnificent view of Mt. Shasta to the south. A perfect, beautiful storm ravaged the summit, and I thanked the gods for having gifted us a clear day on our ascent.

When I returned to Spokane, I saw a doctor who confirmed my severe patellar tendonitis. Like many people, this was not the first time my knees had given me trouble. I realized that, if I were going to continue climbing big mountains, I too needed a more efficient way to descend.

I have resisted the backcountry ski movement since moving to Spokane. Growing up in the Northeast, skiing was a country club sport. It was something my rich friends did with their rich families. You needed money for equipment, lift tickets, and transportation. You needed time off from work. The sport was inaccessible to me, save for an annual church ski retreat.

My perspective on skiing has shifted since I moved west and began spending more time outside, but it did so very slowly. When I moved here, I decided to become a one-sport woman. I wanted to learn how to climb, and I also wanted to stretch my limited graduate school resources. For a few years, climbing was my only form of recreation.

But then I became interested in bigger mountains. It seemed unreasonable to live so close to the Cascades and only run around in canyons. So I bought mountaineering boots and alpine pants a year and a half ago. Perhaps it is inevitable that I am now patching together my first ski set-up. I suppose what makes me okay with skiing is that it has been a natural progression. I started top roping intermittently 15 years ago, and I now spend most weekends in the spring and summer months climbing or hiking in the mountains.

Skiing no longer feels as exclusive. It turns out that, with its abundance of ski swaps and affordable resorts, the Inland Northwest is one of the most cost-effective places to learn. I am finally ready to launch into my first season of earning my turns, so long as there’s snow and Santa remembers to bring me those bindings for Christmas. // 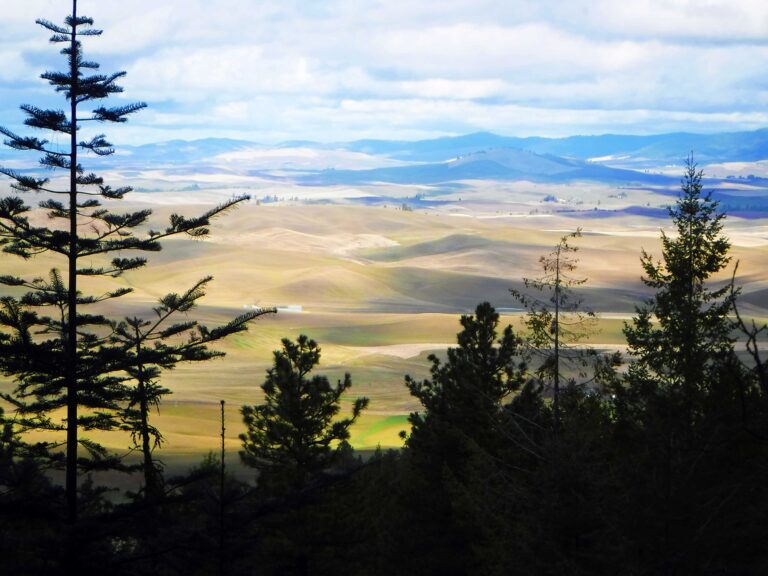 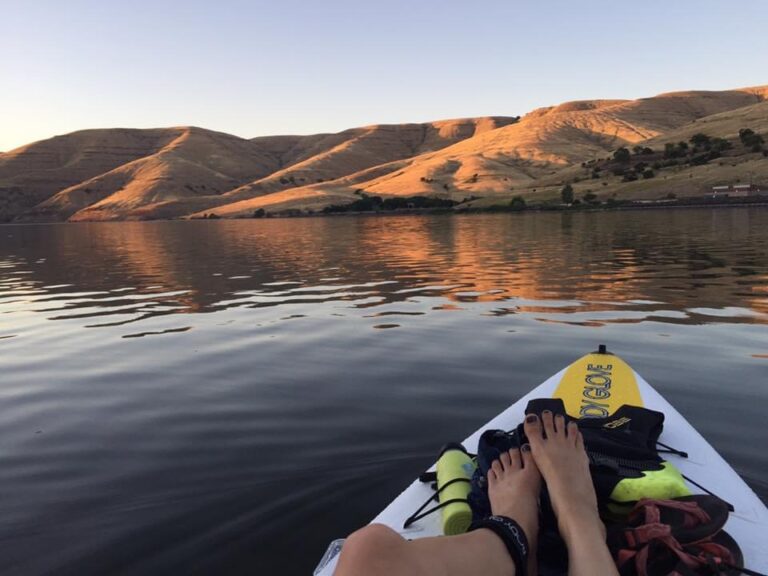