What it Means to be a Ski Racing Family 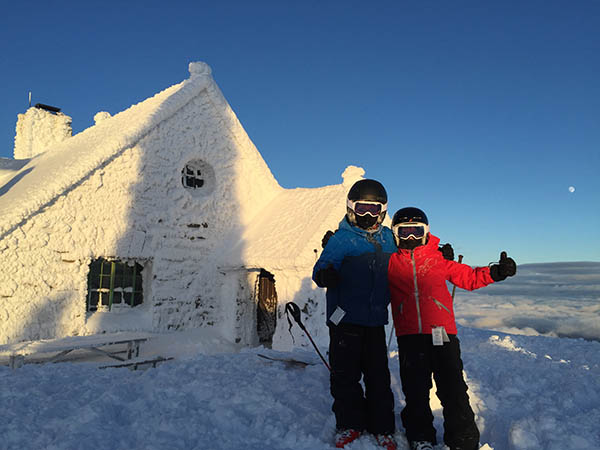 Like other team sports, ski racing requires serious commitment and support from both children and their parents. Out There Monthly interviewed Teri Tucker and Paul Ainsworth, whose two sons – Hayden and Owen, both age 11 – will soon begin their sixth season as members of the Spokane Ski Racing Association (SSRA), to share what it takes to be a ski racing family.

OTM: What events do your sons participate in?

OTM: During the ski racing season, how many days is your family on the mountain?

TT & PA: It feels like we pretty much live on the mountain in the winter. The boys train Wednesday evening, Thursday evening, and all day Saturday and Sunday. With the SSRA development program, they have the option to train all day Friday too. We haven’t pursued this opportunity since school is a high priority.

OTM: What have been some of the most memorable highlights as a ski racing family?

TT & PA: The highlights for us are when we get to ski together as a family – which is quite rare – and see how the boys are progressing and see how much fun they have skiing. They both have a strong passion for skiing, which is a joy to see. Also, it has been wonderful watching them take responsibility for their training and gear. They get themselves up early – sometimes 5 a.m. for races and 6 a.m. for 7 a.m. practices – and then carry their gear to and from the car and to the chair lift. We still do the waxing of the skis, but they are eager to learn. Another benefit is getting to know other ski families. We have had some wonderful times laughing together, volunteering together, and cheering our SSRA kiddos together. There are some great people working hard to make SSRA a success – coaches, parents, and grandparents.

OTM: What challenges, such as injuries, have your sons personally overcome during their ski racing years?

TT & PA: They have only had one major injury each, which both happened last season. Owen crashed at high speed (not on the race course) and hit his head resulting in a concussion that took several weeks to come back from. Fortunately, modern ski racing helmets are very good, and he was otherwise fine. Hayden also fell last year (not during a race, but off the chairlift during practice) and broke his arm. This put him out for the remainder of the season, which was very frustrating for him, but we supplied him with extra root beer at races and he became Owen’s biggest fan and cheerleader. 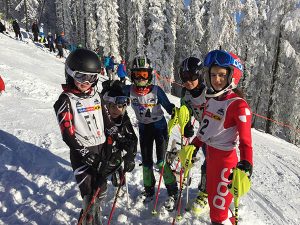 OTM: What should other people know about ski helmet safety, based on your experiences as parents and ski patrollers? (Note: Both Tucker and Ainsworth are volunteer members of the Mt. Spokane Ski Patrol.)

TT & PA: Helmets are critical. Without a good helmet your risk of a life-changing injury goes up exponentially. Modern ski racing and recreational helmets are excellent and there are affordable options, so please don’t ski without one.

OTM: What are your sons’ long-term ski racing goals and ambitions?

TT & PA: We are leaving this up to them. We will support them if they want to keep racing, but we would be just as happy if they are ready to move on and go back to skiing as a family each weekend. We are just happy that they are both strong skiers and have this sport to love for years to come.

OTM: What advice would you give other parents whose children are interested in ski racing?

TT & PA: SSRA has a fantastic program for all levels of ability and commitment. We suggest that any family interested in ski racing should start by signing their child up for the five-day holiday camp, which is a great way to see if your child enjoys the ski racing program, and they will meet their peers and coaches and will train the same way all the other racers do. On the last day they have the chance to race in an SSRA club race. It’s a great opportunity to see what it is actually like to race through gates, get an official time, and maybe even a trophy. If you decide to join, the money you spent on the camp goes toward your membership. //