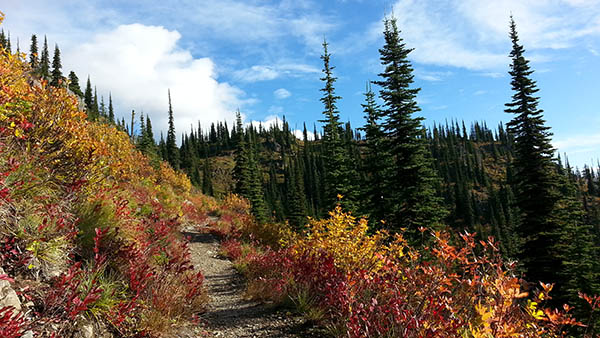 Jon Snyder ranks high on the list of passionate, community-minded Northwest outdoor enthusiasts. He founded Out There Monthly, and his record on the Spokane City Council continually revealed his dedication to pedestrians, cyclists and outdoor recreation and conservation. On January 12, he took on a new role as the first ever Outdoor Recreation and Economic Development Policy Advisor to Governor Jay Inslee. The position was created as part of a recreation package that also funded the No Child Left Inside program for the first time in recent years.

About his first few weeks, Snyder says he spent much of the time engaged in, “Hardcore outreach. Meeting with lots of people and organizations, especially outdoor areas that I am less familiar with. That could be anything from golf to fly fishing to target shooting, even recreational gold panning. I have some ideas I would like to pursue, but I am convinced there are a lot of good outdoor recreation ideas out there that I may not be aware of. I just need to find them.”

Snyder works directly with Inslee to support and promote initiatives to guide outdoor recreation stakeholders in Washington. Few states have a similar advisor, but there’s a good chance this position will grow in other states. Currently, the outdoor recreation economy in Washington supports more than 200,000 jobs, and the public lands are the number one attraction for tourism dollars. Regarding any differences between the outdoor enthusiasts on the east side compared to the west side of Washington, Snyder said, “Not really any difference at all. But the west side outdoor enthusiasts I have met have generally been more politically aware and politically active. They understand how elected officials can sometimes make or break recreation opportunities. The east side of the state can be at a real disadvantage being so far from the political process. I want to help change that.”

In the near future, Snyder will be researching topics surrounding the John Wayne Trail. Also, dozens of organizations have applied for No Child Left Inside grants that will be awarded this spring. Chelan County is looking at doing a comprehensive study of how outdoor recreation impacts its economy. Figuring out a wildfire funding policy on the state and federal level is another huge project. Lastly, the British Columbia provincial government is considering creating a big new national park just north of the border near Osoyoos. It’s an exciting time to be an outdoor recreation policy advisor for a state governor. //