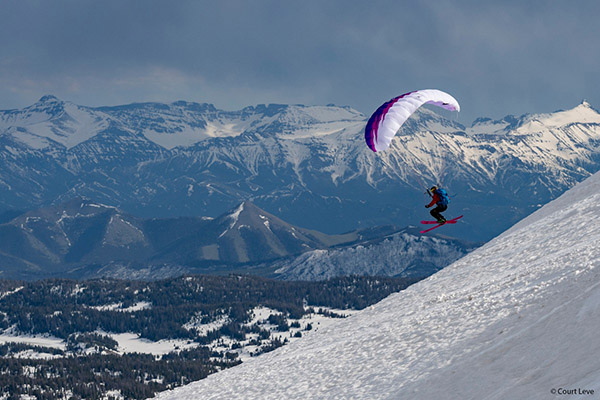 Warren Miller’s 69th annual winter sports action film “Face of Winter” presented by Volkswagen celebrates the late, great Warren Miller who built his legacy capturing the essence of winter magic, and today that legacy launches the start of the ski and snowboard season for many snow sliders every year. This year, new and veteran athletes come together to pay tribute to the man who started it all, including Jonny Moseley, Marcus Caston, Seth Wescott, Forrest Jillson, Kaylin Richardson, Dash Longe, Anna Segal, and Twisp, Wash. native Michael “Bird” Shaffer. Watch as they visit some of Warren’s favorite places from Engleberg to Chamonix, British Columbia to Alaska, Chile, Iceland, New Zealand and more.

“The film is for anyone whose life (whether they realize it or not) was impacted by Warren Miller,” says WME Managing Director Andy Hawk. “We are all the face of winter—from the athletes to the audience to the locals in far-off destinations or even at our home mountain. Warren recognized this, and this year’s film celebrates that.” Film attendees will enjoy a ton of lift ticket deals for local resorts and the chance to win amazing prizes. Catch one of two film showings at the Bing Crosby Theater in Spokane October 27 (6 and 9 p.m.) or the Sandpoint show November 10 at the Panida Theatre (7 p.m.). Warrenmiller.com. //