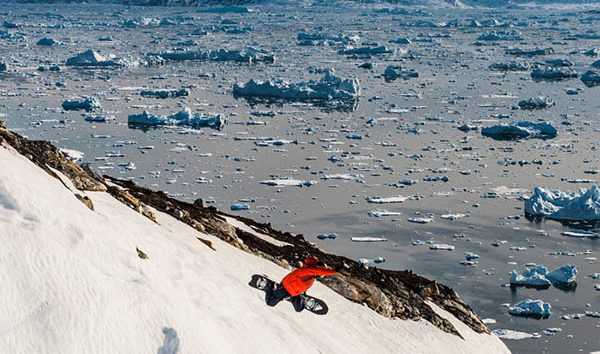 The Boulder-based Warren Miller Entertainment is releasing its 67th annual feature film. Here, There, & Everywhere brings the mountain to you as it follows the world’s most accomplished skiers and snowboarders across the globe from the U.S. and Canadian Rockies to Greenland and the Swiss Alps as they find untracked powder and adventure. Narrated by Olympic gold medalist and freestyle skier Jonny Moseley, the film features interviews with Warren Miller himself, and reminds you what you love about sliding down mountains.

“For the first time in a dozen years, we are thrilled to return to the screen with the support and inclusion of the patriarch of winter stoke, Warren Miller,” says Managing Director Andy Hawk. “This year’s project has been an incredibly rewarding opportunity for the athletes, film crew and staff who were able to work directly with him again.”

In addition to inducing nostalgia over the roots of skiing, Here, There, & Everywhere also seeks to show the more progressive side of snowsports, from fat biking, backcountry snowmobiling, and hill-climbing racing (featuring Polaris pro Keith Curris), to dogsledding and pond skimming.

The film tour stops in Spokane on October 28 at the Bing Crosby Theatre for two shows: one at 6:30 p.m. and again at 9:30 p.m. Tickets can be purchased online on the Warren Miller website. Everyone attending the film showing will receive vouchers good for a free lift ticket to Mt. Bachelor, a free night lift ticket to Mt. Spokane Ski and Snowboard Park, a free early or late season lift ticket to Steamboat, and a voucher good for $25 off a purchase of $100 or more at Spokane Alpine Haus. Skinet.com/warrenmiller. //