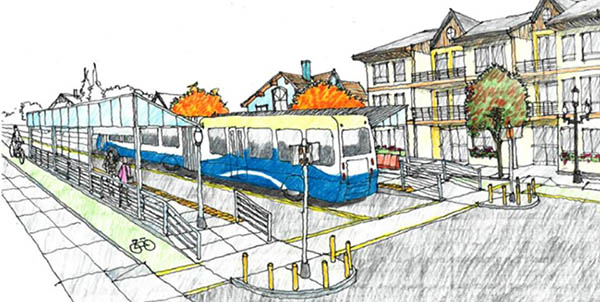 Spokane’s Garland district residents will soon receive an invitation in the mail to join the WalkBikeBus program offered in their neighborhood this summer. WalkBikeBus offers incentives and personalized support to people interested in trying new modes of transportation. Spokane Regional Health District launched the program’s first campaign last summer in the South Perry neighborhood. After assessing the neighborhood’s needs, program coordinators tailored an outreach program to the community. First, residents received a by-mail invitation to join. Next, volunteers canvassed the neighborhood to answer questions and sign up additional participants. Those who opted in received free resources and one-on-one help from volunteers to find the best pedestrian, bike and bus routes for their commute. The volunteers encouraged participants to set goals and use coupons from local businesses, included in their materials, as rewards for reaching milestones. About 90% of South Perry participants had achieved at least one of their goals by the program’s end, says Mariah McKay, active living coordinator at the Health District.

The program will target a new area each year through 2020. This year, in the Garland district, the program will include events like neighborhood rides for new cyclists. “We had a lot of success with that in the Perry District,” McKay says. “We had a lot of people show up on a really hot day, when it was really smoky outside, to actually go out on their first ride in the neighborhood.” Future programs will focus on encouraging neighbors to use new infrastructure in their area, like the planned bicycle-pedestrian bridge in the University District and street improvements within neighborhoods. WalkBikeBus relies on volunteers to canvas neighborhoods during the sign-up phase and later provide one-on-one support to participants. To volunteer, or for program information and detailed neighborhood maps, visit walkbikebus.org. //