To Bolt or Not to Bolt: Time for a Conversation on Local Climbing Ethics? 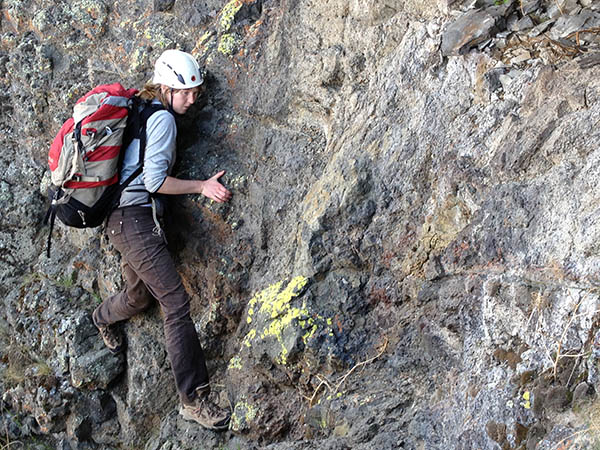 My throat itched and I could feel a thin layer of soot building in my nose from a nearby wildfire as we wound through a smoky canyon at McClellan Conservation Area. We hiked toward a moderate crack my friend Kevin Klim was in the process of developing as a new route. He had spent hours clearing the moss, breaking off loose holds, and deliberating whether to place an anchor at the top or to allow climbers instead to use the easy walk-off. As we neared the route at the south end of the main canyon holding Crisis Wall, an expletive snapped from his usually soft-spoken mouth. A fresh set of shiny bolts had been installed on the wall he was developing, and no one had talked to him about it before drilling.

For non-climbers or those new to the scene, the small pieces of metal drilled into rock may seem innocuous or, at worst, are an eyesore. But for climbers, the debate over whether or not to provide permanent protection points to arrest a potential fall is divisive. Within the Spokane climbing community, the conflict over whether “to bolt” or “not to bolt” is grounded in the issues of access, safety and ego.

Access has been a big theme this year. I chatted with Craig Anderson, a local physical therapist who has been working hard with a few friends to develop some stellar routes in Tum Tum, including a five-pitch 5.10b climb called Orion. Besides cleaning and bolting pitches, these guys are weed whacking thorny bushes and poison ivy and building trails so that people can get to the new routes. They have also initiated a conversation with the landowner to continue development on friendly terms. Anderson has chosen to bolt the routes in such a way that people can climb at their grade and “any fall would be safe.” In other words, Anderson and his friends are investing time and labor so the rest of us can show up and have fun.

Of course, access to good climbing and fun are not the only considerations; how to make climbing safe is also a controversial concept. If you purchase any climbing equipment, you will see the disclaimer: Climbing is inherently dangerous. It is the responsibility of the climber to learn proper techniques and practice good judgment. We may recycle the disclaimers in gear packaging as easily as we accept the terms on our iTunes updates, but of course the stakes are much higher.

Klim, who teaches climbing courses at Eastern Washington University, is skeptical of the idea that bolting makes climbing safe. He points out that if you peruse the annual publication “Accidents of North American Mountaineering,” few climbing accidents are the result of not having enough bolts on a route; instead, the data show that most accidents and fatalities are the result of human error or inexperience. Klim is concerned that bolted routes may “lower the bar and create opportunities for more human error.” Ultimately, he continues, “bolting does not make climbing safe because nothing makes climbing safe.”

His point is that for everything climbers gain, there is always a trade off. As access to climbing increases, and as throngs of climbers move from the gym to the outdoors, new climbers may be seduced into believing that as long as there are bolts, climbing is safe. New climbers are not learning to inspect bolts for age or improper installation, nor are they equipping themselves to exercise their own judgment.

We need climbers creating access and providing new places to climb, and we need people to teach the knowledge and advanced critical thinking skills necessary for recreating in high-risk environments. What’s missing from Spokane and many climbing areas, in my opinion, is a forum that provides the opportunity for route developers operating under different philosophies to collaborate. Instead, routes are developed on a whim and the bolts subsequently chopped out of anger, thereby increasing tensions, overinflating egos, and further alienating the possibility for conversation.

I’m uncertain how consensus building could or should work. John Shields, another climber and colleague at EWU, states that years ago, an organization called the Spokane Climbers Council created a localized management plan. Perhaps it is time to revisit this idea. //