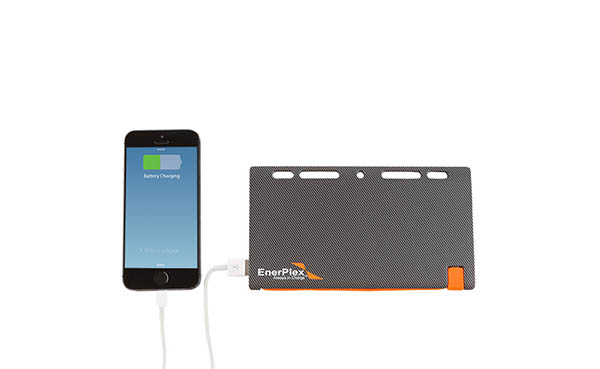 On two different mountain bike trips to Bend, Oregon, in recent years, our lost-out-in-the-woods camp vibe was disrupted by a dead car battery thanks to our bad habit of playing car stereo tunes and charging phones from cigarette lighter chargers for way too long. Nothing delays a morning bike ride like having to hike down a rough and rutted forest road looking for a friendly stranger who is willing to follow you back to some remote campsite to jump your car battery. Depending on how long it’s been since you’ve shaved and showered, it can take some time. This year thanks to the Kickr IV portable, foldable solar charger, which we hung from sun-exposed trees or spread out on vehicle windshields, and the Jumpr Slate 5K power bank, we were able to quickly charge phones and play tunes (from a set of ENO speakers), without risking a dead battery at a remote, trailside campsite miles from town. When clouds rolled in and slowed our sun-charging capacity or when we needed to charge more than one device at the same time, we kept the super light and slim Jumpr Slate power bank charged with the solar charger and ready to top off low-battery gadgets. Together these two EnerPlex devices make the perfect backcountry charging solution. 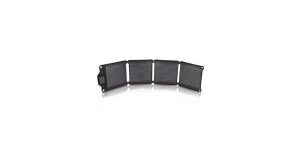 The compact and extremely light (.6 pound) Kickr IV solar charger powers up USB devices at the same rate as a wall outlet. It’s water resistant and can withstand backcountry abuse, making it the perfect companion for keeping your phone/camera charged on backpacking trips and from middle-of-nowhere dispersed campsites. Originally designed for the military, it’s made right here in the U.S. in Colorado. MSRP: $99.99. Goenerplex.com.

The Jumpr Slate 5K serves as a backup battery that extends the life of smartphones by 200-300%. It comes with USB output and micro-USB input options and has a tethered lightning cable for fast phone charging even while you have it hooked up to the Kickr IV solar charger. It’s compatible with Apple, Samsung and Android devices and charges tablets, action cameras, GPS units, MP3 players and more. MSRP: $54.99. Goenerplex.com. //