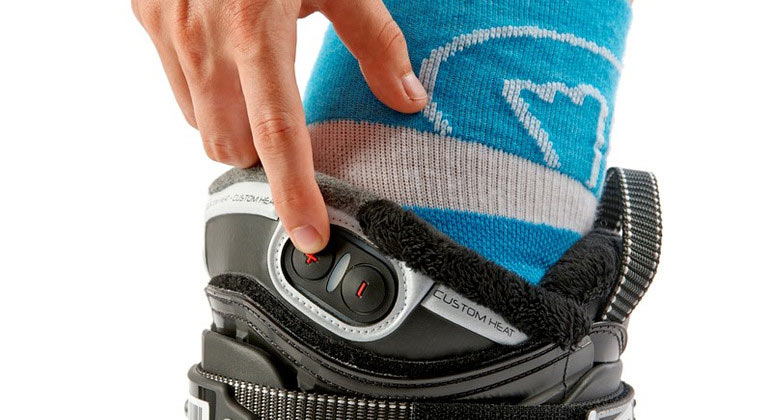 I totally got off easy during the post-Thanksgiving shopping freakiness this year, at least according to other chaps my age. I spent a whopping two hours wandering through stores in good ol’ downtown Spokaloo, and managed to purchase absolutely nothing. That right, nada. Now, there was plenty I wanted, like a new down jacket (because every skier needs at least 2) or $300 boots from Nordstrom’s. I even saw a Range Rover with my name all over it, but, unfortunately, the payment had my name all over it as well. No, there was plenty that I wanted, but very little that I actually needed.

This got me thinking, though. When it comes to ski gear, there are all kinds of things I want but really don’t need. Some of my reluctance to buy is a matter of pride, and some of it comes down to money; either way, I have a hard time pulling the trigger on, but still secretly wish for, items like these:

Boot Heaters—My favorite time to ski is when there is fresh snow and its super freaking cold, like single digits. The problem is my feet do not do well. They turn into blocks of ice on the first chairlift ride to the summit, and I question whether I should move to Florida. You would think I would have no problem spending a couple of hundred bucks to have warm feet, but I can’t seem to do it. The old ski racer in me whispers things like “pansy” and “soft” in my ear as I silently wish for July, which is about when my feet thaw out. Getting past your ego is tough, but getting frozen ski boots off is tougher.

Any Ski Brand Trucker Hat—I tend to be very picky when it comes to the hats I wear, mainly because I can never seem to find any that fit. This is all due to having a small head. Put a normal hat on my head, and I look like an idiot. Put a trucker hat on my head, and I look like a world-class idiot, or some kind of weird man-child masquerading as a semi-responsible adult. Sucky thing is I really want a cool trucker hat to wear in the bar after skiing but have resigned to wearing a stocking hat instead. I tell myself it’s way cooler to look like a bank robber, logger, or longshoreman, anyway.

Super Dark Mirrored Goggles—Nothing says badass skier like super dark mirrored goggles, and I have come oh-so-close to buying some way too many times. Yet I have not a pair in my ski bag. First off, I don’t see well to begin with and typically have to use yellow lenses up until March every season just to get my sorry backside down the mountain in one piece. Second, I am not sure I like the idea of people using me as a mirror on the chairlift, especially for checking to see if there is anything in their teeth or if their make-up still looks good. I am ok with teeth that have food on them, and the mountain is no place for make-up.

Neon Yellow Headband for Spring Skiing—Every year I see some dude totally rock a brightly-colored headband in the spring, and every year I get a little more jealous. Why you might ask? Two reasons. One, I don’t have the hair to pull off a headband. Thinning blonde hair with a saucer-sized bald spot and headbands do not go well together. And two, I am quite certain I would forget to put on sunscreen and would end up with a huge white band across my forehead. That said, I still want one. They do make men’s headbands in extra small, right? //

Brad Northrup is a former ski racer, coach, and ski bum. He spends a ridiculous amount of time online searching for hats that fit small heads and writes Ski Bum Advice for Out There every winter.