As the temperatures drop, we begin gearing up for winter. We layer up our clothes and split wood to keep our houses warm. If you look around, you’ll see all types of wildlife preparing as well. Some mammals store fat to burn while hibernating, and others grow a thick winter coat. You’ll notice resident birds fluffing up their downy feathers, while others migrate south for warmer temperatures. “But what about the bugs?” you might ask. How do they make it through the winter?

Insects are “poikilothermic,” meaning they lack the ability to maintain a constant temperature independent of fluctuations in ambient conditions; in other words, they’re “cold-blooded.” Aside from a few species of butterflies that migrate south, most insects have to find strategies to survive through the coldest part of the year.

Some insects, like ladybugs, gather into clusters to overwinter in leaf litter or under bark. Similarly, stink bugs look for cracks and crevices to get out of the wind and find protection from the elements, which is why you’ll often find them in your home in the winter. 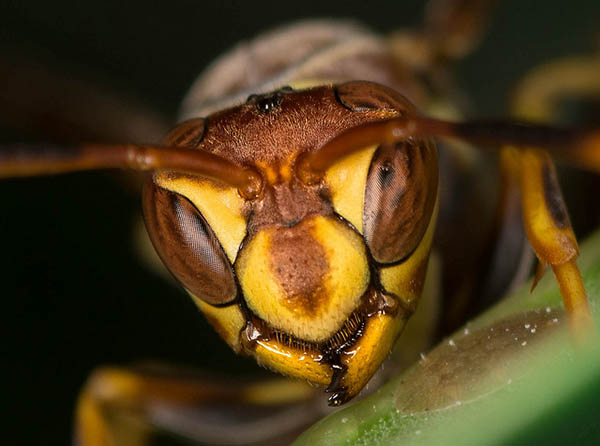 Honey bees group together in the hive and vibrate their wing muscles to generate heat; this costs a lot of energy which is why beekeepers make sure to leave a lot of honey on the hive to help feed their bees through winter.

Some insects cannot survive the winter as adults and have evolved complex life-history strategies to dodge this challenge. For example, many insects, including tent caterpillars and aphids, complete part of their life cycle as overwintering eggs. Similarly, insects such as mayflies, dragonflies, mosquitos, and others, spend a significant portion of their lives underwater as immature nymphs. Here, underwater, they are insulated from the often colder, fluctuating air temperatures above.

Some of these activities make sense to us. We head inside for protection when we get cold, we jog in place to generate heat, or we “huddle together” to maximize our collective warmth. But there’s one strategy that’s still hard for me to wrap my mind around; it’s called “cryoprotection.”

Many insects have evolved to survive freezing temperatures by pre-conditioning themselves to sub-lethal temperatures. In other words, their strategy is to avoid ice formation. If ice forms within the cells of an insect, the water crystals crack and kill cells. However some insects, such as some wasps, have the ability to produce complex, anti-freeze-like chemicals within their bodies, which prevents ice formation. Additionally, many of these insects can clear their gut in order to prevent undigested food particles from serving as ‘nuclei’ for ice formation. If water can be removed from the critical parts of the insect’s body, crystals can’t form, and insects can survive the freezing temps.

Imagine if you could go outside when it’s frigid, and turn on an internal process that pumps antifreeze through your blood. Think about that, and try not to be jealous the next time your feet go numb skiing, or you get the ‘screaming barfies’ in your hands while ice climbing. // (Matt Jones)