Ski Bum Advice: 10 Signs You Might Be a Ski Bum 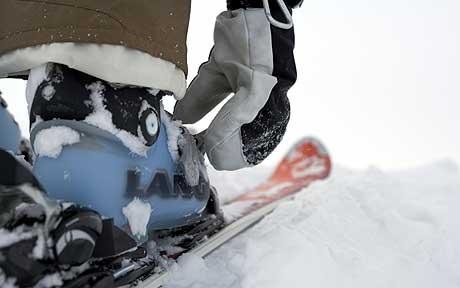 For those of us who grew up in the 1980s, what brain cells we still have that retain those memories probably make us think of Van Halen, parachute pants (I had a red pair – they were rad), and Pee-Chees. The 1980s also introduced what many social historians regard as a cultural celebration of the ski bum life, with classic movies like “Hot Dog” and “Better Off Dead.”  Seems everyone who skied wanted to live that kind of life: Ripping powder all day on 205cm skis, lounging with bodacious babes in a hot tub while sipping champagne at night, basically partying like it really was 1999. Ah, the memories. Or what’s left of them. Back then, it was easy to spot a ski bum. Today, in the second decade of a new century, the lines are blurred, and identifying those who live for the colder months is difficult. Lucky for you, I have a 45 minute commute each way that provides me ample time to ponder such things. If any of the following apply to you (or your kids), seek help immediately. You might be a ski bum if:

Brad Northrup is a former ski resort marketing director, race coach, and ski bum. His gear is still worth more than his car.