Sarah HaugeJuly 16, 2019Races & RidesRunning
Photo by Lay It Out Events 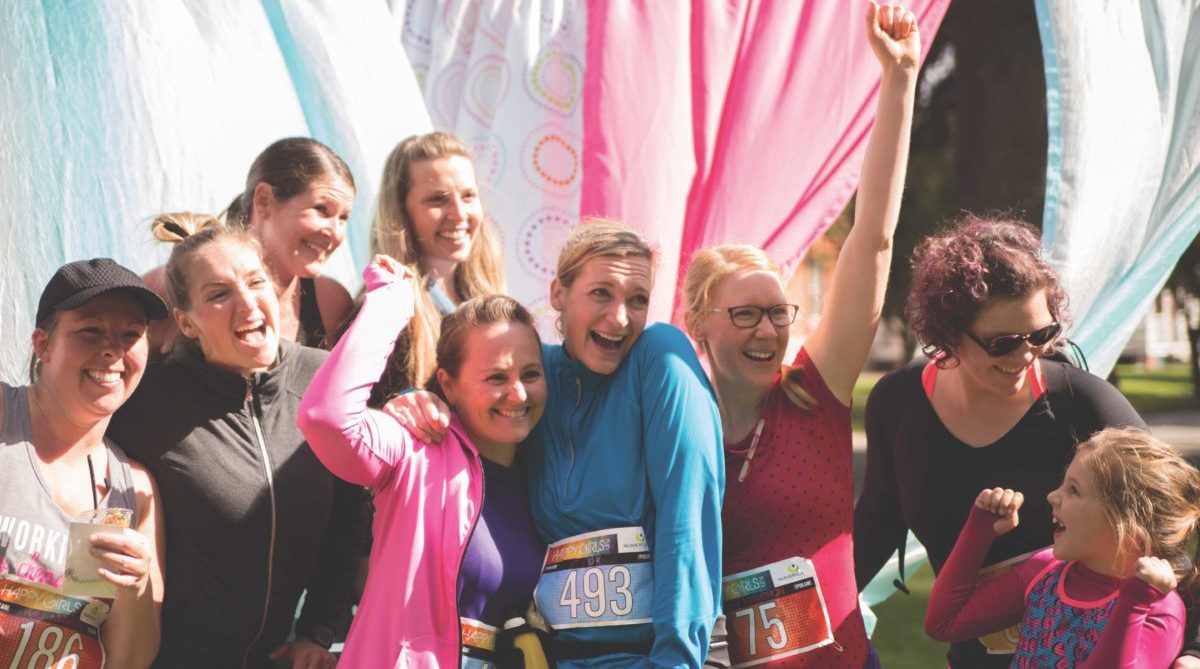 All started off happy at my first Happy Girls event last fall. I had to switch from the half to the 10K after falling during a run and fracturing my elbow a few weeks before the race, but the trail run, which starts at Mukagowa Fort Wright Institute and meanders along both paved and unpaved trail bordering the Spokane River, was well-marked and well-supported. The atmosphere felt celebratory, with guided pre-race stretching and drinks (including beer from Twelve String Brewing Company) and appetizers offered as after-race snacks.

The September day was beautiful and the ideal running temperature, and it was fun to be in an environment of women (men are allowed to participate, but aren’t included in the results). I had friends—some runners, some walkers—signed up for the 5K, 10K, and half marathon. There was sometimes single-track, but those stretches weren’t so populated that I was locked into an undesirable pace. The unhappy part included the uphill heading into the home stretch of the course, which felt like a brutal way to finish (though if I’d had a different mindset and had trained specifically for it, I may have found it less deflating and more empowering.) Also, it turns out I was coming down with the stomach flu. (In retrospect, this may have played into why that last hill felt so awful.)

All in all, Happy Girls is a fun, well-organized event for women of all fitness levels, and in the future I hope to give it another, healthier, shot.