Outrun Those Voices in Your Head 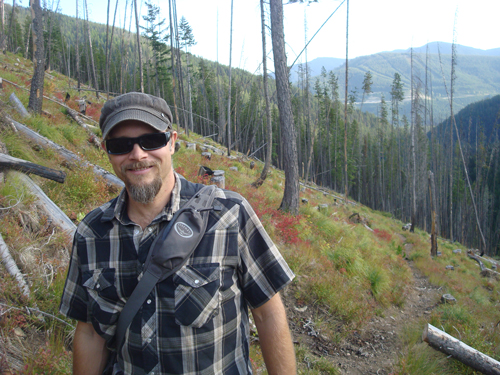 This is OTM’s second annual “running issue,” which means a running photo is sure to grace the cover, and you can expect more words and images than usual dedicated to an activity that human beings have been engaging in for thousands of years. It’s also an outdoor pursuit that holds a special place in our local culture. Spokane is a dyed-in-the-wool running town. We host one of the largest road races in the country, and the greater region is the birthplace to a dozen or so marathons and half marathons and another half dozen or more ultras. We have so many miles of running trails, that keeping them regularly maintained would be nearly impossible without the growing community of paved and dirt trail advocacy groups that have taken shape in nearly every city and town in the Inland Northwest that has trails.

Running may not be quite as widely practiced as hiking, but it holds an undeniably huge and ineffably important place in our regional outdoors community. Tens of thousands of us sign up for races and fun runs of varying length and difficulty each year, and participants range from occasional and first-time joggers to competitive athletes and all levels of ambition and ability in between. Many of us who consider other outdoor sports to be our primary obsessions also throw in the occasional run, race or sporadic long distance challenge to keep the body fit and the cross-training benefits real and in play. It’s pretty safe to say that most of us have a pair of running shoes stashed away somewhere, if not sitting by the front door.

With all of that said, the number of you reading these words right now who would self-identify as a “runner,” if asked in a poll on the street at any given moment, would likely be fewer than is actually accurate. Sarah Hauge’s Last Page story in the April issue of OTM (“The Making of an Outdoorsy Indoorswoman,”), is an interesting exploration of this seemingly incongruous phenomenon. The junction between the outdoor activities we engage in; the other daily life experiences that help define us; and the stories we tell ourselves about who we are, what we are like and what we are capable of often don’t line up real well with the reality of what other people think about us or even who we really are. And there’s the fact that how we live our lives and our perceptions of ourselves can and do usually change over time. Today’s “casual jogger” or first-time 5k or Bloomsday runner can easily become tomorrow’s marathon finisher (don’t miss “You Just Ran 100 Marathons—What are you Going to do Next?” also in the April issue  if you don’t buy it.)

A fun challenge this year, if you’re up for it, would be to push your perceived physical limits and to also take on whatever stories you may be telling yourself in your head. In most cases, it’s those narratives of negativity that are the real barrier between you and whatever exhilarating and rewarding outdoor or athletic experiences you hope to accomplish one day. //