Marathons Don’t Just Happen: First Time Training Advice to Get You Closer to Your Goal 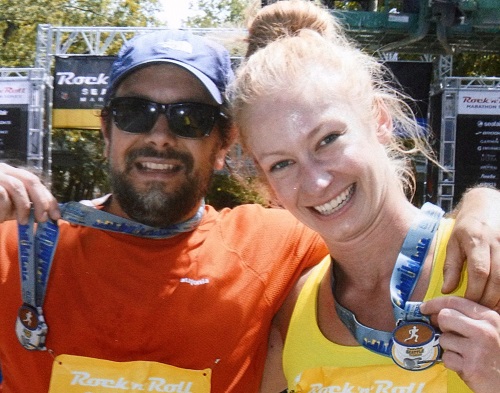 Thinking about signing up for your first marathon, half marathon, or other long race this year? Now, while the snow and ice still occupy city streets and forest trails, is the time to transition from thinking to beginning your training regimen. Starting early in the year, say experienced runners with many miles and races under their belts, is your best shot at achieving your long race goal and avoiding injury by building up a solid base of running fitness well in advance of race day.

Doing your research and learning from veteran long distance runners will also give you a leg up on your training. We asked Race Director Ken Eldore, who puts on the Priest Lake Marathon and other Priest Lake area trail runs and races including the Priest Lake Triathlon, to share some of his running wisdom with those of us who are scheming to pull off a long run this season. 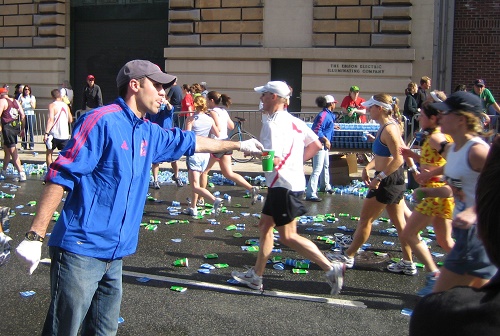 Good runners race as often as they can, and race day adds excitement and motivation to your marathon training journey.

OTM: What training advice do you have for runners thinking about signing up for a longer race or marathon this year?

KE: It’s good to start working on a longer distance race early in the season if you’re not running year round. Pick your first marathon distance race with plenty of timeline to train. Don’t rush it. Effective training timelines are a huge key to successful running with less injury. An extra month or two of base conditioning lets you build up more slowly with lower mileage so you can run stronger as you approach the longer distances required in any training plan. A longer timeline also allows you to afford some extra rest and recovery periods if you start to get running injuries. Whatever training plan you choose, adding some extra time to the plan will pay off.

OTM: What other advice to you have for runners looking to get started on the path to completing their first long race or marathon?

KE: After you pick a training plan that fits you, set some intermediate goals to achieve along the way. A first time marathon plan might be 18-20 weeks long, and if you add a little extra time to build up some slow base conditioning, you’ll be training for over five months, which is a while without race day endorphins. Pick a few half-marathons, trail runs, or other races along the way to keep some race day excitement and motivation. Good runners race as often as they can, and race day adds motivation and excitement to your marathon training journey. It also puts you around other runners you can train and hang out with, which is great for morale. The race is both a mental and physical challenge, so being around other running pals to lift you up goes a long way.

Part of being a distance runner is getting used to hearing that we are all crazy for running so much. When you tell friends and family you are now going to up the distance to 26.2 miles, they will look at you like you just told them you saw Bigfoot run across Riverfront Park. They won’t get it, so go hang out with other runners who do! Go to a good quality running shoe store and get connected with group runs and clubs. Your new running buddies will help keep you motivated on the path to your marathon.

Editor’s Note: This is part one in a two-part interview with Eldore on marathon training. Look for the second segment in the March issue of OTM. //