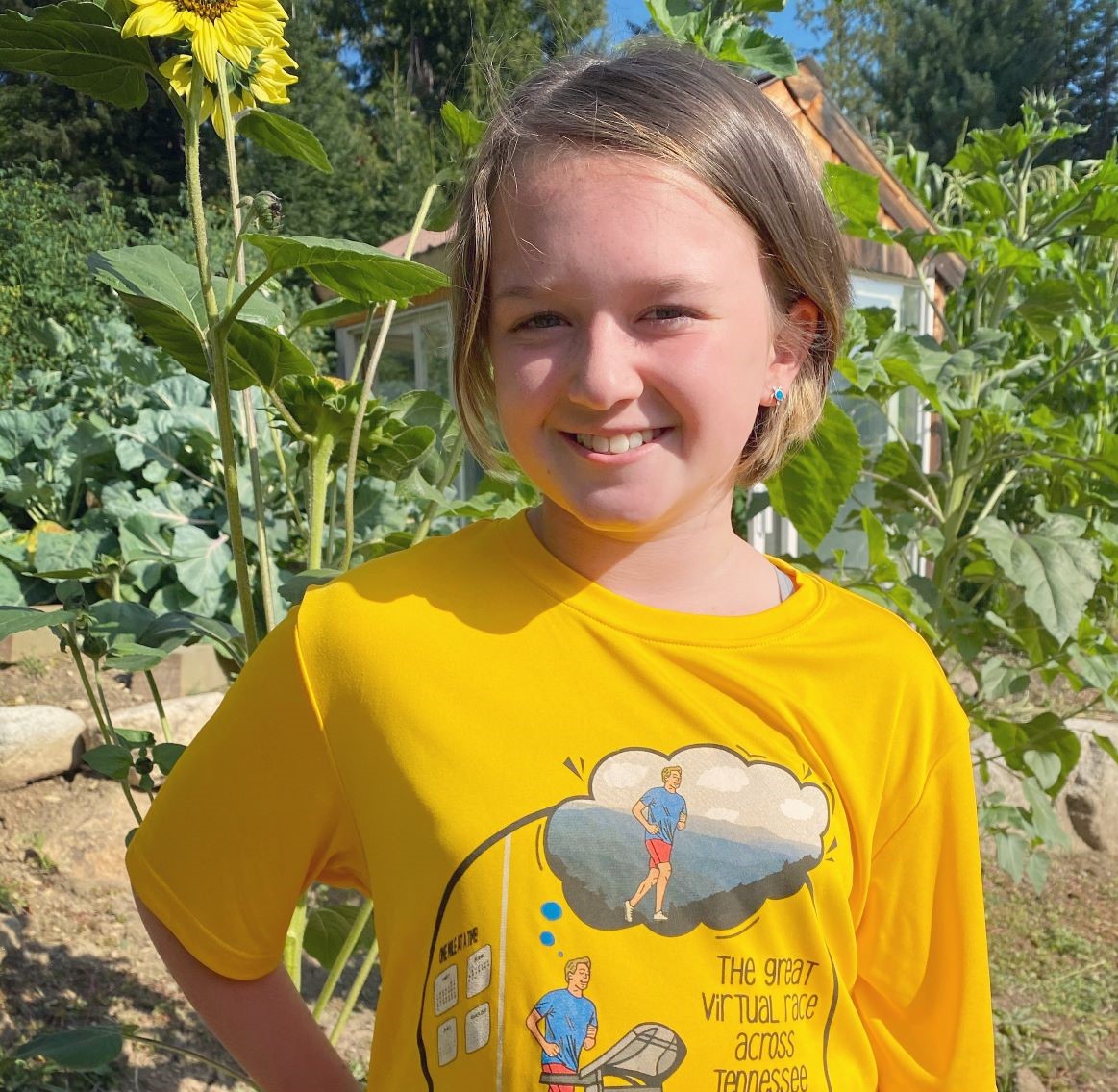 With so many races cancelled due to COVID-19, some creative race directors opted for ‘virtual’ races. The Race Across Tennessee is a popular race founded by Gary Cantrell, the same race director for the Barkley Marathons. Normally, ultramarathoners race the diagonal length of Tennessee, roughly 1,000 kilometers, but this year runners were allowed to document their mileage from wherever they live and share their progress via a website.

When 11-year-old Abby Eldore, from Priest Lake, learned that her mother was running the GVRAT 1000K, she asked if she could join her. Her mother, Stephanie, notes that “We had already been stuck at home for over a month, and several of our previously scheduled races were all canceled. She asked me what the GVRAT 1000K entailed, and I told her that we’d have to log over 5 miles every single day in order to reach our goal before the deadline. Without batting an eye, she said, ‘I can do that!'”

A thousand kilometers is a daunting goal for any age, but Abby is a very accomplished runner. She ran the Priest Lake Half Marathon at age 9. She has completed nine half marathons, including the difficult Wy’east Howl Trail Half Marathon that she ran at age 10. Building on the GVRAT success, Abby now has her sights on the Smokechaser 30k race coming up September 12.

Stephanie recalls, “I have to admit that, at first, I was a little worried that Abby might tire of hitting the trails every single day, rain or shine, to get in our daily miles, but I needn’t have worried.  She is a very determined little person, and never once complained.”