Lady Zags Push to the Front of WCC Championship Meet 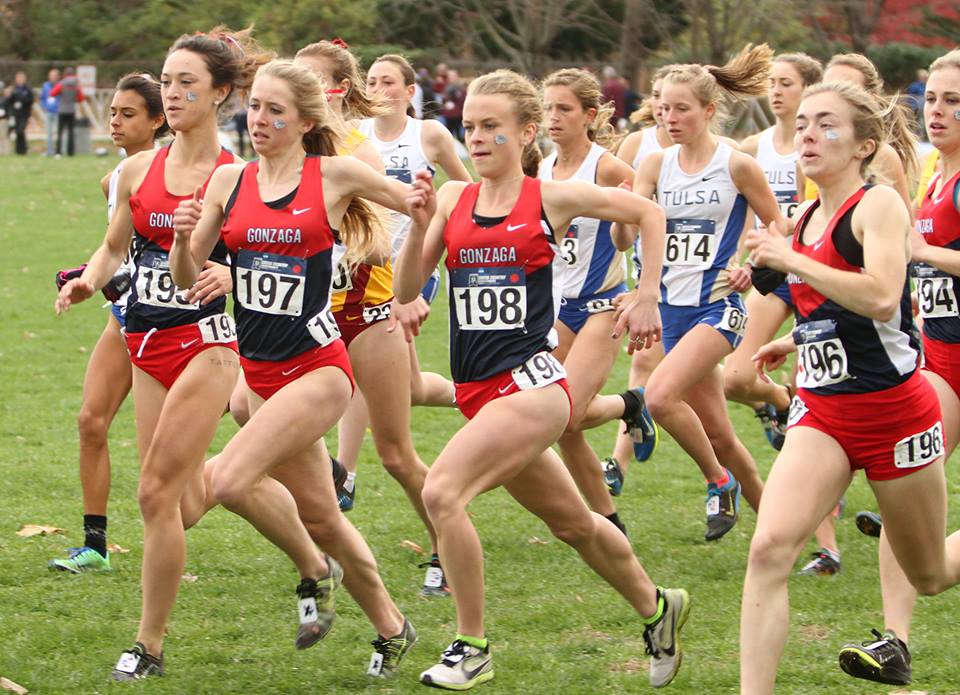 In a race Gonzaga was mentioned as an afterthought, the Lady Harriers Cross Country Team took matters into their own hands. Trusting their strength and training, the women went to the front of the WCC Championship meet. And stayed there. Gonzaga senior Shelby Mills of Snohomish, Wash., led the race from start to finish, covering the 6 kilometer course in 20:55.7, 10 seconds ahead of second place.

“There was a scary moment when she got out so quick,” Ley said. “But, she just kept rolling and had that look of determination. It’s been on her mind all season, and it was fantastic to see her win.” Mills placed seventh last year, but on her home course, cheers from friends, family, classmates and faculty lined the damp soccer fields at Plantes Ferry. Spokane, known for strength in running, propelled the Lady Zags through tough conditions.

“Coach Patty told us to run the race with reckless faith, and so we did,” Senior Maggie Jones revealed post-race. “I have a headache, it is so hard to believe.”

The Gonzaga women were confident, having broken into the top ten in the West Region. BYU was favored, but screams erupted as the ladies heard they tied with BYU with Gonzaga finishing just ahead of them on the tiebreaker. Mills was named WCC Athlete of the Month. Ley was named WCC Women’s Cross Country Coach of the Year. Along with her 2006 Washington State Coach of the Year, and National Federation Regional Coach of the year, this will only add to the growth of the program.// (Meaghan McCluskey)