Kettle Crest DIY Ultra: All It Takes is You 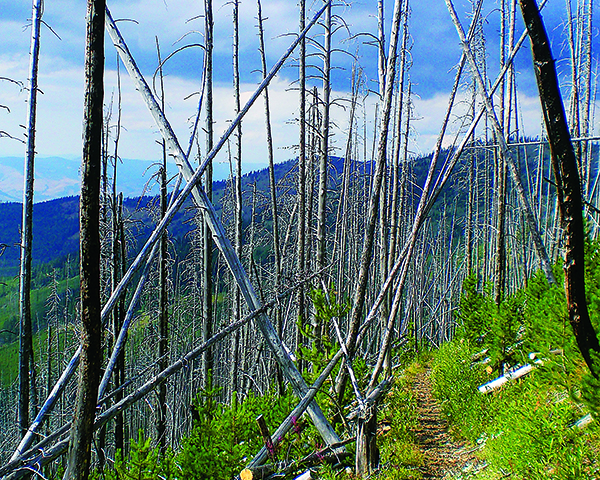 Occasionally people ask me my favorite outdoor activity. It can be hard to narrow it down, considering the assorted skis stashed in odd corners of my house, the pile of backpacks on the floor, the snowshoes hidden behind my couch and the kayak and mountain bike in the basement. Still, for more than two-thirds of my life, I have been a runner, so running is what it always boils down to for me. Everything else is just cross training.

In an article I read recently, the writer said that the main difference between road racers and trail runners is that road racers train, while trail runners just run. I don’t know why that came as an epiphany to me, but it did. I spent my high school and college career following strict training regimens while chasing PRs and team points. I spent my twenties on an only-slightly-less-strict schedule, traveling to at least one road race every weekend. My closet bulges with finisher shirts, and my bookshelf sags with road race hardware. 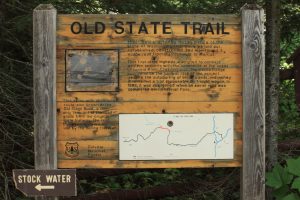 Then somewhere along the way I lost some of my competitive drive, or maybe just my ability to keep churning out PRs. I ceased to be a road racer, gave up training schedules altogether and happily morphed into a trail runner. Now I just run, when I feel like, and I do other stuff when I don’t feel like running. I also became burned out by increasingly high entry fees for tech tees and nicer swag bags at races, right around the time I discovered the do-it-yourself, ultra fun run. Ultras are those races that are longer than marathon distance. They’re expensive when they’re real events requiring permits and event insurance, boasting multiple aid stations and finisher’s medals; they’re free if one just picks a trail and goes running, carrying the aid station on one’s back.

My favorite trail for the experience is the Kettle Crest National Scenic Trail in Northeast Washington’s Kettle River Range. At a little over 43 miles from end to end, it more than doubles the distance of anything else I’m apt to run in a typical year. I take liberal walking breaks to make up for little formal training. If I had ever walked in one of those college 10Ks, I would have been laughed right off the track, but nobody judges walkers harshly in ultras, especially the DIY variety where there are rarely any witnesses.

The Kettle Crest route starts out easily enough at the White Mountain trailhead, where sunrise is always spectacular, and the huckleberries are sometimes distracting. It’s only 13 miles to Sherman Pass, but the trail skirts five peaks along the way. The pass can function as a bailout point if needed, and it’s a respectable half-marathon. Cross the road and continue north, and it becomes the point of no return. From there it’s only 30 miles to trail’s end at Deer Creek Summit. 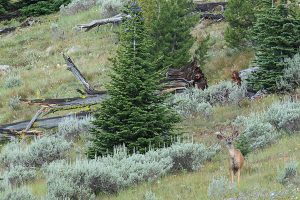 The farther I go north, the more my mind tends to play tricks on me. The first year I did it, an evening thunderstorm gave me enough of an adrenaline boost to run the majority of the final ten miles. Two years ago, I started hallucinating, hearing voices in the woods from 1 p.m. until I finished, which also serves well to make a person run faster. Last year, blisters slowed my pace to the point where I became tempted to sleep trailside and hobble out in the morning. I limped on despite the pain and finished at midnight, satisfied that I could be done with such foolish ideas as 43-mile days. Now I’m not so sure, and I’m gearing up for a fourth attempt.

When I used to race those college 10Ks, we always said we weren’t ready for another one until we’d forgotten how painful the last one was, until we were actually looking forward to standing on that starting line again. Some Saturday this month, I’ll once more be standing at the base of White Mountain near sunrise, ready to venture out beneath giant larch and through the old burn before the sun becomes too hot. Then it will get too hot, but I’ll try to keep going past Sherman Pass anyway. I’ll savor the shade on the backside of Jungle Hill, but I’ll prefer the open meadows near Wapaloosie. I’ll dread climbing Copper Butte, high point at 7,140’ elevation, but I’ll relish the view and my traditional celebratory snack break once I get to the top. I’ll say something unrepeatable when Profanity Peak first comes into view. After that, the sun will probably go down, and I’ll wish I was a person who could still bring myself to train just a little, if only so I could finish before dark. At the end, I’ll probably foreswear ever doing it again, until next spring, when I’ll miss it and try to plan just one more crazy day on the spine of the Columbia Highlands. //