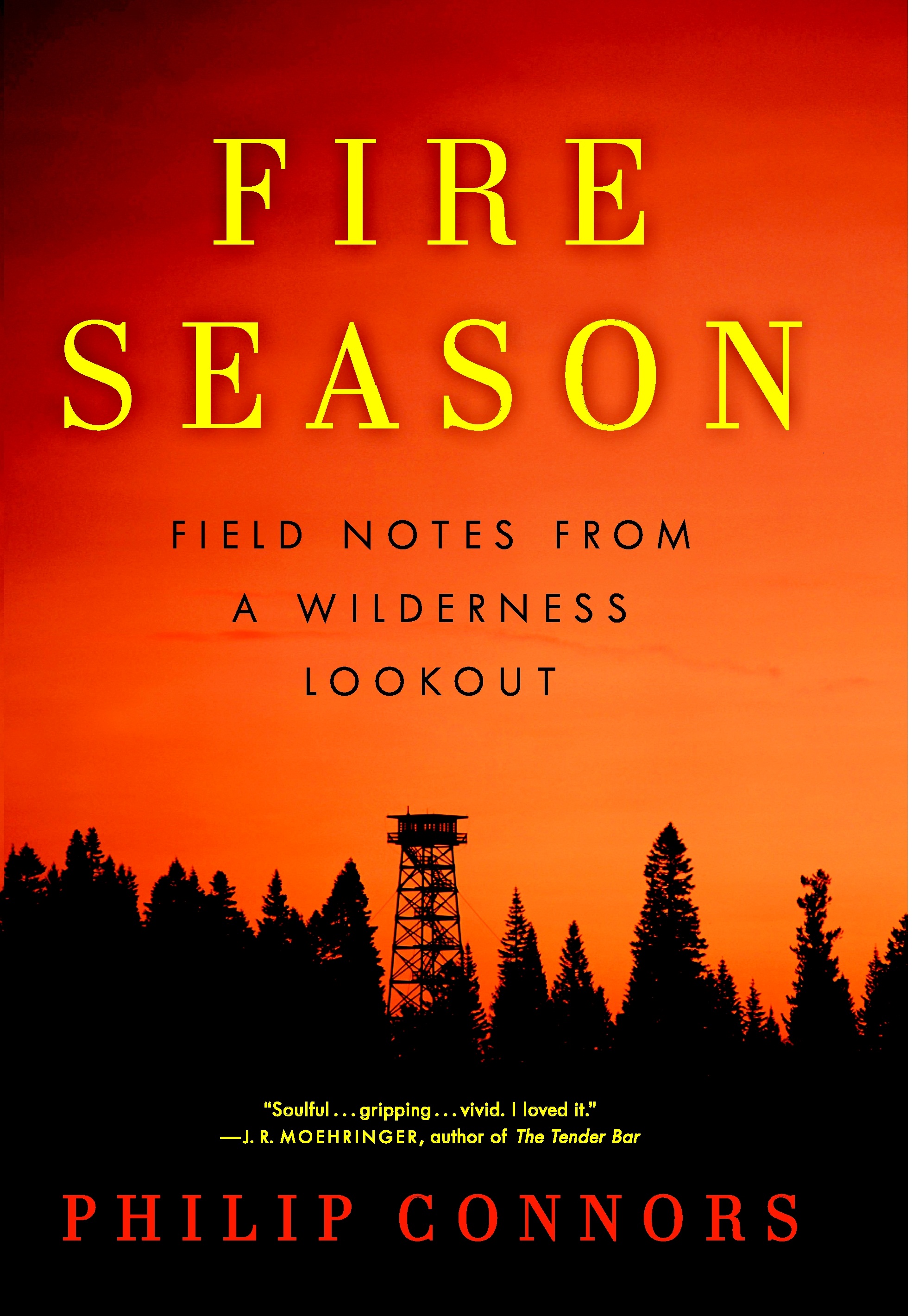 Fire Season’s selection as the winner of the Phillys and Don Munday Award for best book at the 2012 Banff Mountain Book Festival surprised many. Though I hadn’t read Fire Season, the several quality entries I had read that were not chosen set the bar of my expectations high.

What I found was a finely crafted book with colorful prose and moments of inspiration. Drawing on nearly a decade of summer sojourns in a fire lookout in New Mexico’s Gila National Forest, Connor chronicles the life of a lookout: the day to day routine that borders on boredom, until the lookout glimpses that whiff of smoke on the horizon.

At times Connors waxes philosophical on the change lying in the future of fire spotting. He looks at the impact of new policy dictating that many fires go unchallenged. He considers how technology, satellite reconnaissance, camera carrying drones, and better optical equipment can reduce the need for or even eliminate the fire lookout.

A differentiating feature of Connors work on the solitude of fire lookout life is his acknowledgement of the dichotomy that comes from blending a part time job with real life. He freely characterizes the other half of his life as a journalist and bartender with a family in New York. This counterpoint adds a depth not often found in nature writing. In this regard he lies somewhere between Aldo Leopold whose family was part of everything he wrote to the nearly reclusive nature of Edward Abbey.

As one reviewer noted, “In short, what Connors does in Fire Season has been done elsewhere, often in greater detail and with more authority, but the book nonetheless has value for the glimpse it provides of the sort of person who is content to sit in a tower for long stretches, pondering the wilderness, and for Connors’ beautiful descriptions of (mostly) unspoiled forests and mountains.” Perhaps Connors can be a voice for a new generation, filling the young adults of today with some of the awe of nature and power of healing attributed to solitude by earlier writers like Ed Abbey and Gary Snyder and how they effected my generation.