Out There OutdoorsApril 3, 2018NewsTrail & Conservation News 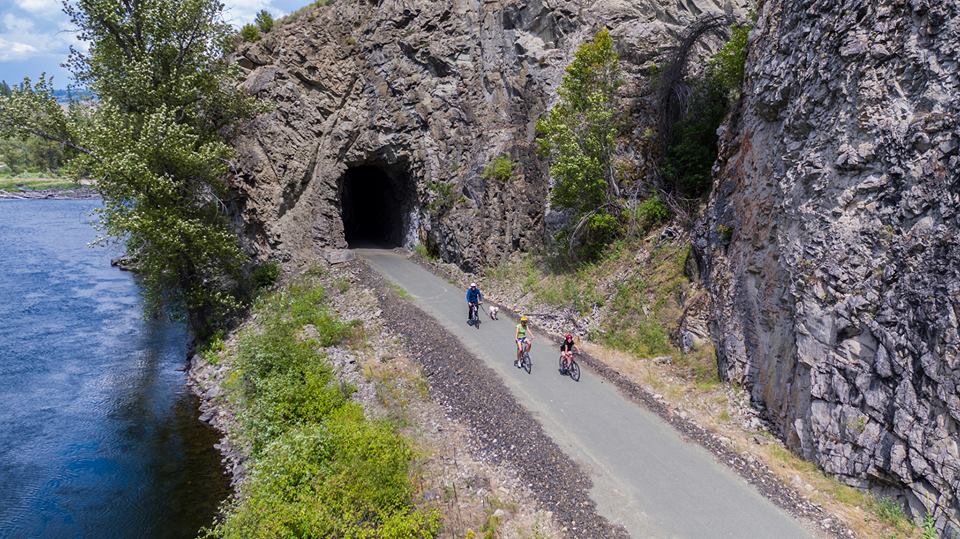 The Rail Corridor Committee (RCC) in Ferry County, a committee tasked with communicating and putting funding to use to maintain and expand the 25-miles of non-motorized trail in their county, faced challenges last month as two key people were replaced by the Ferry County Commissioner’s office.

Longtime trail advocates Bobbi Weller and Jennine Groth were removed from the RCC on Monday, March 26th. In a recent Spokesman article, trail project manager Keith Bell referred to the move as “a tipping point,” stating that the RCC has faced “an enormous amount of resistance from the commissioners.” The Spokesman cites Ferry County Commission Chairwoman Johnna Exner stating that the commission was doing “what’s best for the county fiscally.”

One of the hot-button issues is that the commissioner’s office has yet to give it’s approval on a $165,000 Recreation and Conservation Grant. The grant has already been approved by the state and legislatively funded. The commissioners are concerned with using the funds to expand a bridge on the trail so it can be easily accessed by emergency vehicles. Exner says this is not an intentional delay, and that the county is simply “doing its due diligence” to mitigate liability; Ferry County Rail Trail Partners believe it’s an unnecessary hold up and fear the grant money will be used solely on the bridge.

What’s important to remember at such a tense junction is the widespread benefits that the Ferry County Rail Trail has already provided for recreational tourism. A recent article in Adventure Cyclist provides an excerpt from Willy Weir’s Connecting (through) Trails. Weir’s long-distance cycling adventure that threads through the US and Canada begins on the Ferry County Rail Trail, which he describes as “stunning even in a smoky haze,” a place which he “vowed to come back to see in all its clear-sky glory.” Weir is quick to point out the extreme effort it takes to get a trail from conception to reality—there are “a ton of bureaucratic, political, and financial hurdles to clear.”

As the RCC faces those hurdles, it’s important to provide support. You can visit the Ferry County Rail Trail Facebook page to stay informed on upcoming meetings and agendas and show your support for the continued maintenance and expansion of a beautiful trail.