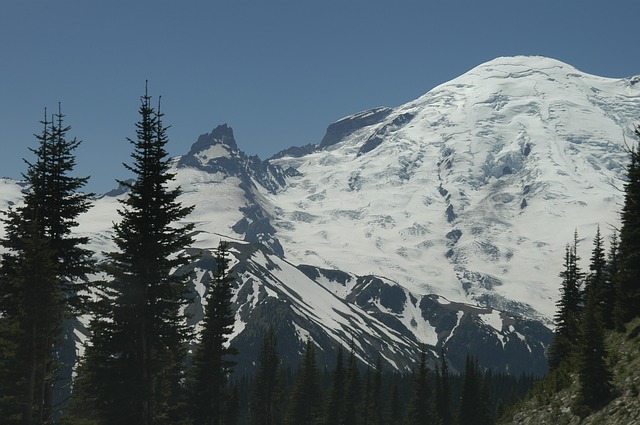 Ras Vaughan and Gavin Woody just wrote a new chapter in the northwest book of ultra endurance challenges. Most people are content to climb Mount Rainer OR follow the Wonderland Trail around the mountain, but Vaughan and Woody decided to combine the trip and raise money while they did it.

Legendary climber Chad Kellogg initially dreamed up the project, but was never able to attempt it due to his untimely passing in a climbing accident in 2014. In a nutshell, the plan was to traverse the summit, run the Wonderland Trail back to the starting point in one direction, traverse the summit again, and then run the Wonderland the opposite direction back to the starting point, thus tracing a figure eight, or an infinity sign. The team started Saturday, July 23, and finished 99 hours and 7 minutes later. Each of the two loops were self-supported, which means they carried all of their own gear, food, and trash from beginning to end, and only took water from natural sources.

They didn’t pinpoint their mileage or elevation because, quite frankly, most tracking devices run out of power after a couple days of constant motion; however, Woody suggested it was “something like 120 miles and 40,000 feet of [elevation] gain.”

On his Facebook page, Vaughan wrote, “…our goal was to complete it in a fashion that would honor and propagate the inspiration we took from Chad’s life and adventures, and I feel we did that to the best of our abilities. May the circle of inspiration spiral ever onward into the endlessly amazing possibilities of future generations of adventurers.” Vaughan and Woody dedicated their climb to The Mountaineers Youth Programs to help get more kids outside. If you would like to contribute, there’s still time. Mountaineers-2691.wedid.it/502. //