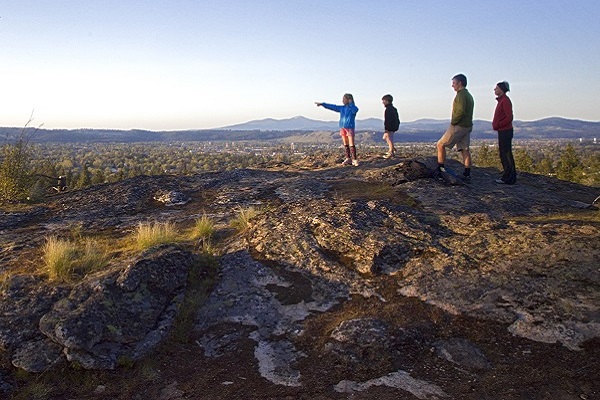 The Conservation Futures Program, which seeks to acquire and preserve Spokane County’s open spaces and recreation areas, accepts property nominations every 5-6 years in order for property to be considered for acquisition by Spokane County. 38 nominations were received in 2016. A public meeting was then held earlier this summer to take comment on the nominations; over 120 people attended to listen and give testimony about specific pieces of land. The nominations were then carefully reviewed, toured, evaluated, and formulated into a preliminary ranking list by the Land Evaluation Committee (LEC). The list was then released on July 13.

Staff will now delve into the top 15 properties on the preliminary ranked list to make sure that the LEC has all the necessary information they need to make a final recommendation to the Board of County Commissioners, meaning the list has time to be tweaked as needed. “This step is to ensure that the properties at the top of this list are as they have been represented,” says Paul Knowles with Spokane County Parks, who says they also need to make sure there are no legal, financial or other hurdles to public access, ownership and long-term management. The list will then guide the acquisition of future lands made by the county for the next 5-6 years. The preliminary ranked list can be found on the Conservation Futures website under “2016 Conservation Futures Program Documents.” Spokanecounty.org.