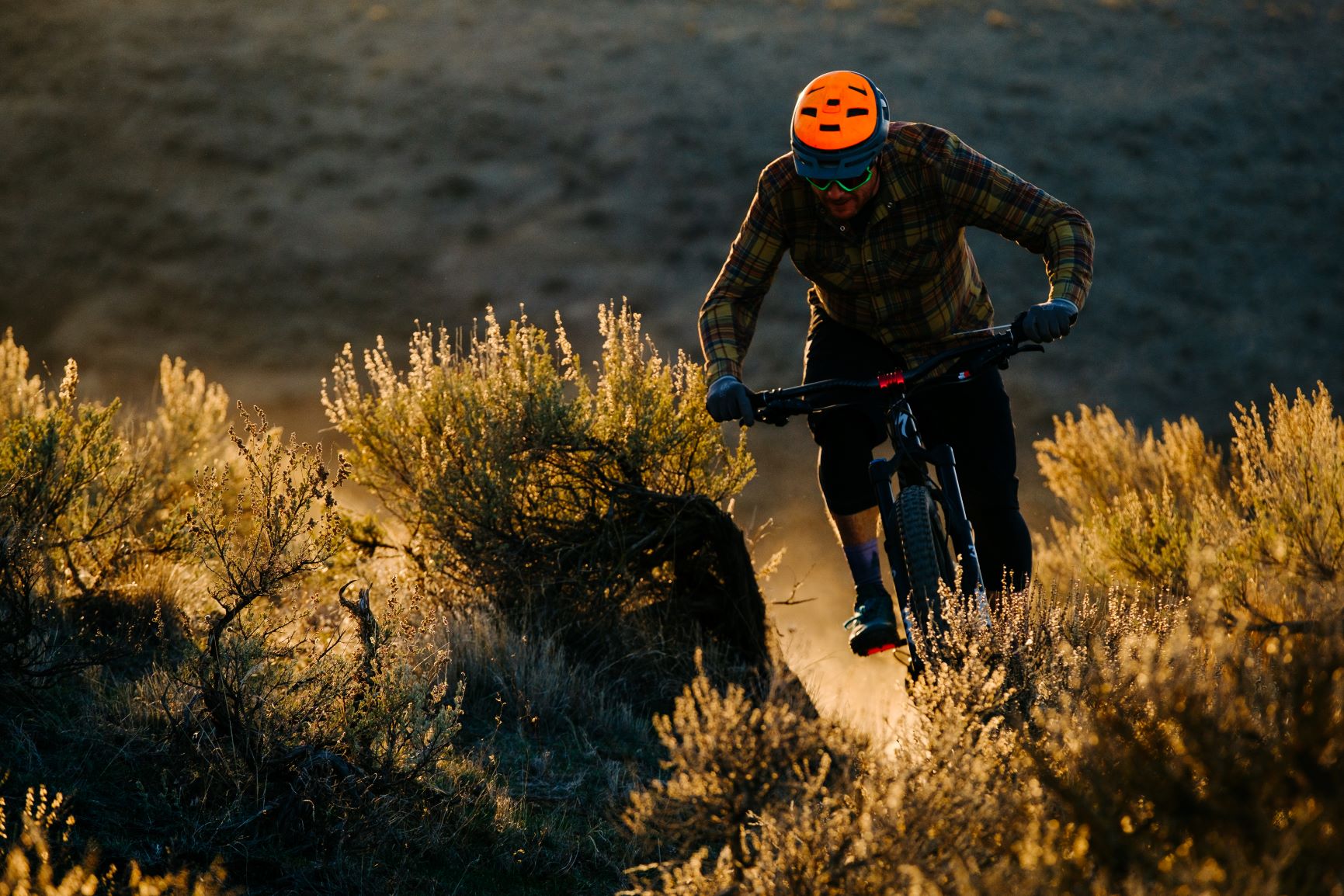 It’s cold and the low point in a long, high-pressure system, the kind of doldrums that make winter months stretch on forever. The air in Spokane is stagnant, and the temperature is at that not-so-sweet spot where both the snow and singletrack are sticky. Meanwhile, I’m sweating onto sagebrush and sandy singletrack under full sun and 55-degree temperatures. At Beezley Hill, on the edge of Ephrata in central Washington, it’s T-shirt weather—as long as the wind isn’t blowing.

Mention Beezley Hill to local mountain bikers and it often draws blank stares, bemused looks, or mutterings of back-pocket plans to get there “one of these days.” Although only two hours west of Spokane, Beezley is probably better known to west-side bikers as an easy destination for dry riding during their lengthy rainy season. Last season, it became one of my “in case of emergency, break glass” riding spots when I just couldn’t handle the weather. But as much as Beezley makes an attractive choice when there are few available, it’s got legit riding in its own right.

Wiping the sweat from my eyes as I pedal up the 3-mile Tower Road, which accesses the top of the trail system, I take a look at my surroundings. Beezley Hill stakes out the easternmost edge of the greater Beezley Hills, a 25-mile wide subrange of small, sagebrush-clad foothills in the Columbia Plateau. Look at a topographical map of the area, and the Beezley Hills look like the scalloped back of a prehistoric crustacean. That’s fitting for an area formed by cataclysmic flooding.

The Beezley Hills formed the northern barrier to the ice age Missoula Floods that scoured central Washington. To the west of City of Ephrata-owned Beezley Hills Recreation Area, Beezley Hills Preserve protects another swath of sagebrush steppe from development, part of a 30,000-acre remnant of native sagebrush and grassland that used to cover two-thrids of the state.

A little over 20 miles of singletrack wind through Beezley Hill Recreation Area, most of it built with bikes in mind. With smooth, swoopy turns and low-angle pedaling, the trails favor XC flavor; the long-running annual Beezley Burn cross-country race in April is the unofficial kick-off to the Northwest racing season, but beyond that event the trail system is an ideal spot to stack up late-season miles or shake off early-season cobwebs (and calories).

Leaving the Tower Road, I pedal up the long curves of Buckrabbit and Snake Charmer, onto the rocky, pedal-biting tech of Bipolar. From the top, I get a look out over the interior of the Beezley Hills, where a sea of sagebrush stretches west as far as the eye can see. Before wheatfields and wind turbines, the entire skyline would have looked this way.

But Rainier beckons. The original line is a two-directional XC line in keeping with the flowy flavor of its neighbors, but I take the alternate line, an expert-level DH trail. A 6-foot, cribbed-rock drop gets things off to a sporty start before the track settles into a series of long, fast straightaways that make quick work of the steep-walled draw. At the bottom, sidehills and side hits shunt me out into the flats near the trailhead. I head back for more.

This time I descend Lazy Boy, Beezley’s best-known trail, relatively speaking. Fast rocky turns drop into a series of waterslide-like catch berms near the bottom. Jumps constructed from old pallets and sheets of plywood test my low-light vision, and songbirds flushed from the understory test my jump-scare reflexes.

With sagebrush reflecting the last light of dusk like roadside signs, I navigate without headlights back to the trailhead, already planning my next trip. Beezley has become plan A.

Originally published as “Plan Beezley for MTBers” in the Nov.-Dec. 2020 double issue.

Aaron Theisen is an outdoors writer and photographer whose work has appeared in Freehub, Backpacker, Powder, DirtRag, Delta SKY magazine, and elsewhere. He wrote about public lands scenic drives in the September/October issue.