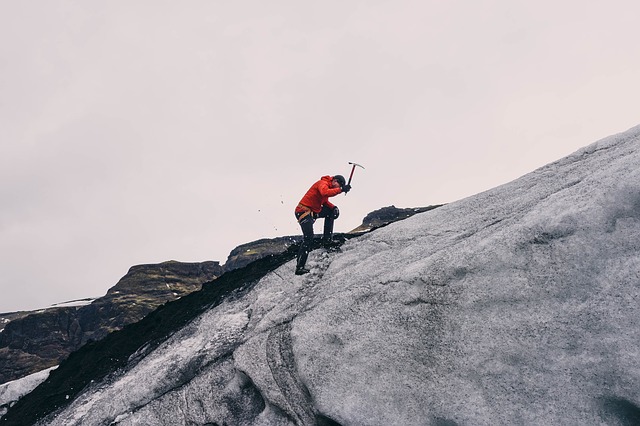 In late April, Jess Roskelley and Clint Helander descended Mount Huntington in Alaska after climbing a new route up the mountain. Several alpinists from around the world consider their Gauntlet Ridge route one of the boldest mountaineering achievements in recent years. Shortly after he returned to Spokane, Roskelley received some deserved recognition, and has been featured in numerous climbing journals and websites.

Mount Huntington is a striking rock pyramid eight miles southeast of Denali. In the 1980 American Alpine Journal, Jeff Thomas wrote “The South Ridge of Mount Huntington is ‘not so much a ridge as five separate serrated peaks, each increasingly higher.” A handful of climbers made previous attempts, but none of them made it very far.

“I’ve never done a big ridge like this,” says Roskelley. “It’s hard to traverse all that way. It was a different mindset. Usually you can just rappel off. In this particular case, up was the way down. The safest way back to camp [on the Tokositna Glacier] was up and over the summit of Mount Huntington.” Helander says climbing the 8,500 foot ridge “was like negotiating a sawblade made of granite.” The route has been nominated for the prestigious, international Piolet D’Or mountaineering award. With any luck, both climbers will be traveling to France next year to accept it. //