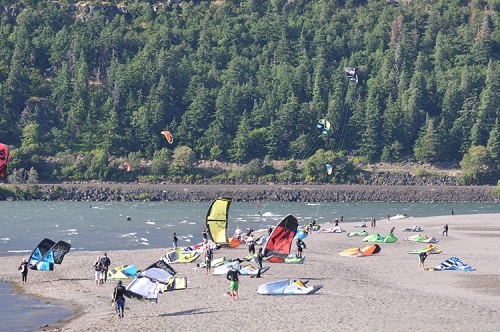 Friends of the Columbia Gorge, an Oregon-based nonprofit group, recently announced that it had successfully completed its Preserve the Wonder campaign. Raising a total of $5.6 million, the triumphant land-preservation campaign allowed FOTCG to purchase and permanently protect eight different properties totaling 470 acres of land along the Washington side of the Columbia Gorge. This land-preservation campaign is one of the largest to be completed in the Gorge since it was designated as a national scenic area in 1986.

“One of the most impressive aspects of the Columbia Gorge is its uncanny ability to bring together so many people—from across the political spectrum and from around the Pacific Northwest—in a united effort to conserve and protect one of our nation’s natural wonders,” said FOTCG executive director Kevin Gorman. “I’m awestruck by the response to this campaign. And thanks to the generosity of the public, Friends now will be able to ensure that 470 acres in the Gorge are permanently protected from logging or development,” Gorman added.

“The fundraising may be over, but the work to enhance wildlife habitat and build new trail connections around the Gorge has just begun,” said FOTCG land trust director Dan Bell. “The acquisition of a property like Steigerwald Shores will provide a historic opportunity to enhance two miles of wetland channels and provide critical, new resting habitat for salmon in the Gorge. It’s a testament to the key role local land trusts can play in working with land owners and public agencies to ensure the Gorge remains a treasure for generations to come,” Bell added.

Encompassing the second oldest national scenic area in the United States, the Columbia Gorge is home to 800 species of wildflowers, the highest concentration of waterfalls in North America, and more than 200 species of birds. The national scenic area contains 13 urban areas and is visited annually by millions from across the globe. In September 2017, a devastating fire started near the Eagle Creek trailhead, scorching over 48,000 acres of land on both sides of the Gorge. //