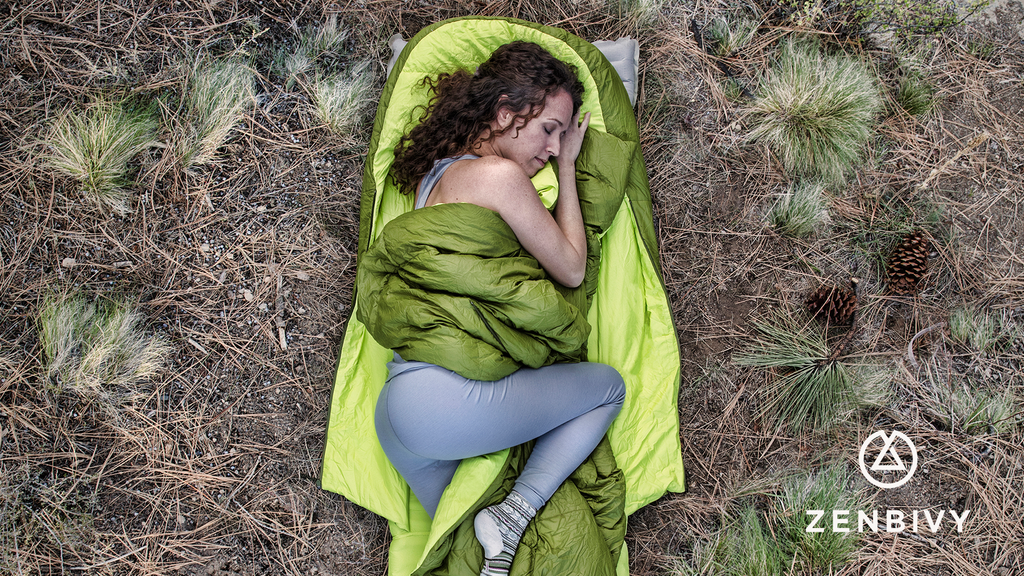 If you prefer to sleep on your stomach, then you’re among the many people who simply can’t get a good night’s sleep in a traditional mummy bag. This was the initial quandary for Michael Glavin of Spokane. He knew that getting sufficient rest while camping can often make or break the trip, and with this in mind, he created the Zenbivy sleep system.

The Zenbivy sits somewhere between a quilt and a mummy bag. It’s a unique product that’s aimed at anyone who doesn’t lie perfectly still on their back all night long. Glavin has over 20 years of experience in the outdoor industry, and he knew he had a genius idea. He didn’t have the funds to launch it himself, however, plus he didn’t want to surrender the idea to a major brand. So he rolled the dice, and turned to Kickstarter.

Some rough estimates suggest it takes between $50,000 to $75,000 to enter into production of a sleeping bag system. Glavin hoped to raise at least $50,000 in a month; however, at press time, Kickstarter figures report he raised nearly $95,000, and the campaign will be closed by the time this issue is released. You can still visit the website and learn about his idea. He calls it “the world’s first freestyle sleeping bag.”

Glavin’s production schedule is moving ahead, and from July to September, he plans to finalize testing and sourcing Zenbivy materials. Any design revisions will also be finalized before October. If everything goes well, production will begin in October or November, which means he could be shipping Zenbivy systems by the end of the year. Check them out at Kickstarter.com. //