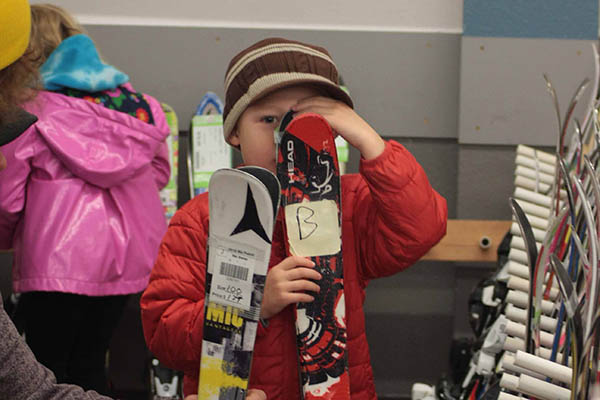 North Idaho’s biggest swap unfolds at the Kootenai County Fairgrounds in Coeur d’Alene every year thanks to the combined efforts of the Lookout Pass and Silver Mountain volunteer ski patrols. A no-brainer for North Idaho skiers and snowboarders looking for skis, snowboards, boots, clothing and accessories, the swap is also a great option for Spokane area skiers and snowboarders who missed the Mt. Spokane swap or haven’t found what they were looking for yet.

Admission is $5 and children under 12 accompanied by an adult get in free. Swap hours are 9 a.m. to 3 p.m. on Saturday, and for people looking to sell their old gear, you can bring it all to the swap on Friday from 3-8 p.m. Swap attendees have the chance to win numerous door prizes, including lift tickets to Silver Mountain and Lookout Pass. There will also be the chance to enter to win four grand prize season passes (two each to Silver and Lookout).

This is Winter Swap’s 17th year and the crew of volunteers have worked hard to make it a family-friendly event (12 and under are always free).   Every year parents come with their kids and are armed with a million different questions like  “How do I size skis, boots, poles etc.?”  The swap has knowledgeable volunteers from both ski patrols (Lookout and Silver) as well as other ski industry reps positioned all over the swap to help people find the right equipment and ensure that gear fits. “That’s really important to us because we all know that nothing can ruin a season faster than ill-fitting gear,” says Winter Swap volunteer Matthew Clarke. The patrol isn’t just passionate about skiing, says Clarke, the volunteers are also passionate about helping people as well. “The swap kind of brings those two elements together before the season begins.  This is a big deal for us and it’s become a seasonal favorite for the community!” 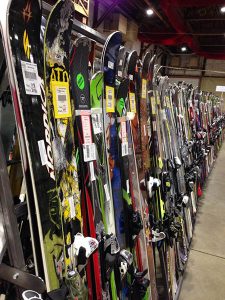 “This year we’re also adding a ski film event,” adds Clarke. Lookout Pass’s ski team is hosting a pre-swap showing of Matchstick Productions “Fade to Winter” at 7 p.m. on Thursday night November 5 at the Hayden Lake Discount Cinema.  Admission is $10 and also gets you into the swap on Saturday.  “We think it’s a great way to help support the Lookout Pass ski team and get people amped up about getting on the mountain!”