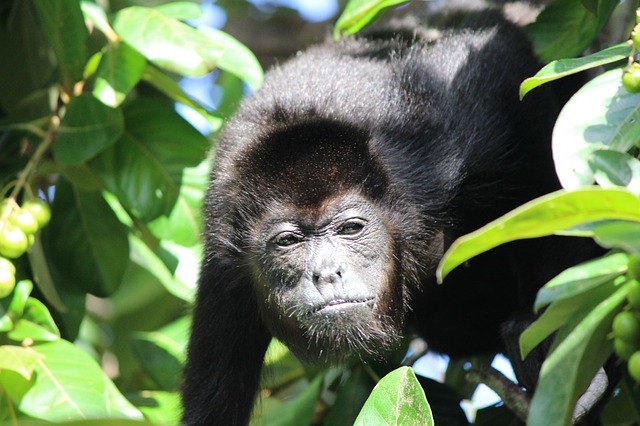 I woke up that first morning of the trip to the still dark walls of my tent and the strangest sound I have ever heard in nature. It was well after dark when we arrived at our remote beach-front campsite the night before, making the potential source of the noise even more mysterious. There were other less startling sounds too—crashing waves thundering in the distance and exotic, unfamiliar birds—but the bizarre and unsettlingly strange yowling that sounded like demonic seals barking from the sky had all my attention.

Frozen with fear while my jet-lagged brain strained to make sense of what I was hearing, I ruled out one possibility after another. Seals. There shouldn’t be seals here, and besides, normal seals don’t freaking sound like this! Jaguar. Cougars can let out some pretty crazy screams, but I don’t know crap about jaguars except they’re too rare to be the origin of this multiple-source cacophony. Narcos armed with blood-thirsty, meth-crazed attack dogs. Unlikely in this part of the world. UFO. Definitely sounding more and more animal-like the longer I’m awake. Shit. What the hell is that? About then some way-back memory of a line in a Central America surfing guide book came to me. Something about the author waking up on a beach to the haunting sound of howler monkeys screaming from the trees. The thought percolated through my head and limbs, chasing away any would-be tropical ghosts. I quietly unzipped the tent and headed up the dirt road looking for monkeys.

Blasting several thousand miles through the sky from the cold Northwest to a remote tropical place is surreal enough. Add howler monkeys, fireflies, iguanas, wild parrots and parakeets, sea turtles, spending hours each day in the ocean, and living day and night outside for over a week, and the collection of sensory experiences was easily enchanting. Cultivating gripping, spirit-stirring outdoor adventures in the winter can be a bit more challenging in the northern latitudes. The cold temps, deep snow and wind require the right clothing to stay warm and dry and many wintertime activities often require skis, snowshoes, high-traction boots, and other gear. Yet the potential for exploring winter landscapes is often only limited by our own imaginations and willingness to put away the phone and shut off the computer or television and walk out the door into the blowing snow and cold. The possibilities for magical winter outings close to home are staggering. Enjoy our third-annual winter adventure guide issue! //

Editor’s Note: With the new year, we are ushering in a change to the traditional “From the Editor” column. We hope you enjoy our new “Intro” that will include stories that introduce the theme and article topics covered in each edition. This new format will make room for other voices, stories and perspectives to kick off future issues of OTM in the years ahead.